Primarily Voting from my Couch

My mailbox contained an interesting piece of correspondence yesterday, a thick envelope with a mail-in ballot for the New Jersey primary. Every registered voter in the state will receive a mail-in ballot this year because of covid-19. The primary is July 7, delayed from the original June 2 date due to coronavirus. A limited number of voting venues will be open for the convenience of individuals who want to vote in person. Rather than risk standing in line waiting to vote, I will complete the mail-in form and return it in the no-postage-required envelope. 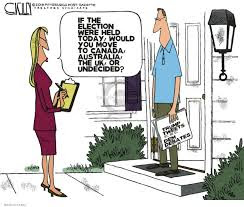 Primaries are usually non-events in New Jersey. By the time primary day rolls around decisions are made, and this year the Republican and Democratic Presidential candidates have been chosen. However my Congressional district offers a noteworthy race.

The Congressman representing New Jersey’s second Congressional district, covering a large territory in the southern part of the state, is Republican and ex-Democrat Jefferson Van Drew, a first-term Congressman.

Van Drew ran as a Democrat in 2018 and won. One year later he became the only House Democrat to oppose the impeachment of President Trump. In November, 2019, he publicly stated that he would remain a Democrat despite his opposition to impeachment. But in December Van Drew met with Trump and announced he was switching parties. January 7, 2020, he officially changed his party affiliation.

The local Democratic party sprang into action, seeking a candidate who would (hopefully) defeat Van Drew in the 2020 election. Five candidates vie for the nomination, one of whom, Amy Kennedy, is the wife of former Rhode Island Congressman Patrick Kennedy. He is the son of former Massachusetts Senator Ted Kennedy.

The Congressional district is labeled a pivot district – it went for Obama in 2008 and 2012, but for Trump in 2016. A moderate Republican represented the district for 24 years before retiring. Then-Democrat Van Drew replaced him. The election promises to be a contentious one.

It is going to be a bumpy campaign season. After an election I normally look forward to a hiatus in political hype and propaganda. Unfortunately whatever the outcome of this year’s Presidential election, I doubt any degree of calm will descend on the political scene. On a positive note, however, maybe by November coronavirus concerns will be history and trips can be planned and travel will be safe once again. It will be time for a politically-free vacation anywhere that is possible.

Meanwhile stay sane, stay well, and enjoy safe forays back into the world. 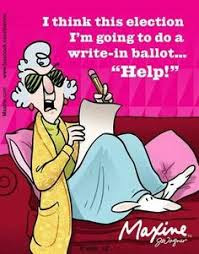