The year began with a New Year’s celebration in a warm climate, far south of my hometown, compelled to don attire that does nothing to disguise my round figure. I spent the entire first month of 2019 idling in sunny balminess, although the month was not totally devoid of toil. I worked at avoiding the news throughout the year, aiming to be uninformed, ignorant, and unaware of goings on inside the Beltway. Never checked tweets for Presidential platitudes. My way of preserving mental health.

February I ventured further south and sailed around the tip of South America before returning home in time to experience a few days of winter, observe signs of spring, and visit all the doctors who missed me while I was away. Too busy traveling and lounging in doctors’ suites to pay attention to the latest news, I did not care where Amazon decided to build its megacorporate center or when Britain will Brexit or who won Academy Awards. I watched only a couple of nominated movies. My pop culture IQ has sunk to the low double digits.

With a hint of spring in the air at home, I headed up north where spring doesn’t arrive until summer, to visit family. Rummaging through the closet for my warmest clothes, I loaded up with layers and walked around like a zombie, unable to move limbs weighted down by Arctic apparel.

I was a bouncing ball this year, home for a while, then on the road, home again and soon off once more. In April hub and I drove the dreaded Interstate 95 to Boston, the New York to Boston route one of the worst in the country. Too much traffic and too many trucks. But we saw our son run in the Boston marathon and took a quick trip to Martha’s Vineyard before seasonal crowds descended and prices skyrocketed.

Returned home for a short time, then took off on a Spirit Air flight to witness grandkids’ activities. Southward ho!

The weather warmed and the month of May meant really, really cheap flights to Florida – twice - for family events.

June arrived and the state of Maine called. Boarding a Windjammer for a six-day cruise island hopping across Maine waters, hub and I shared the tightest quarters in the history of tourism. And shared toilets. Shared by lots of people...We connected with our grandkids in Boston and Cape Cod. And while on the subject of travel, I noticed the President visited the next tourist hotspot - North Korea. I think he negotiated a hotel deal, but that is officially top secret.

I observed another birthday. The following day I carefully examined my hair, face and figure. No changes from the day before. What a relief!

July brought family knocking on our door at the shore. I spent lots of time on the sand, in the sea, and at our favorite ice cream and bagel shops. Meanwhile in the wider world a slew of politicians and wealthy men declared their desire to be the next President. The debates proved music to fall asleep by, and by the end of the month hub and I needed a break. Thought about exploring Greenland, possibly the 51st state, but instead flew off to Scotland.

August ushered in much needed quiet time. Never made it to Popeye’s for one of their best-selling chicken sandwiches.

Suddenly September. I briefly considered a visit to Ukraine. The country dominated the news and I felt a kinship for the far, far away land that relatives bolted over a century ago. Opted for another trip to Florida. And Vermont. Family beckoned!

I stayed home October and November. Prepared a Thanksgiving feast for a select group of eight family members. Served peach pie in a nod to current events. My taste buds thanked me for the holiday repast but my waistline did not. 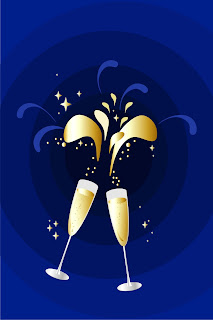