Bidding farewell to long-held possessions can be somewhat traumatic. Some items may have been owned for years, decades, maybe even a lifetime. How many of us have - stuffed in a drawer or box in the basement, attic or garage - a favorite toy, stuffed animal, or other childhood treasure? Most things, however, disappear during our journey through life. Items get lost, they break and cannot be repaired or cost too much to fix or replacement parts are unavailable. Some we give away. We might donate items to charity, send them off to a consignment shop in the hopes someone else will want and actually pay for our discarded stuff, and sometimes we gift a treasured possession to a friend or relative.

Over ten years ago, when my Dad could no longer drive, his car was passed down to a family member. Skipping a generation, my son Jason became the proud owner of Dad’s 1998 Toyota Corolla.

The car, which registered 35,000 miles when Jason took possession, went to college with my son, accompanied him to job interviews, stayed with him as he entered the work world, drove him home for occasional visits, carried his gear to bike races and marathons, and transported his daughters to preschool and play dates.

Now 20 years old with an odometer reading of 165,000 miles, the car shows its age. Frequent visits to the car repair shop, weird sounds when it runs - coughing, hissing - like a very old person, it is ready for the next chapter in life.

So this afternoon Jason drove his beloved Toyota to the Good News Garage and donated the vehicle to charity. He is unsure what will happen to it. The car still runs so it may go to an individual in need of transportation to school or work. Or it may be mined for parts and metal. Or…we have no idea.

It was a sad, somber scene, saying goodbye to a possession used and cared for, for so many years, linking generations.

Cars have become connections to events in our lives…the car I drove - or tried to drive - for my first driving test. I got behind the wheel and the car refused to start. It was towed to the nearest repair shop…the first van hub and I bought one Christmas Eve…the red Saturn I drove off the lot, not a sports car but close…the car (NOT my Saturn, but a Ford Escort) handed down to our son (NOT Jason) when he learned to drive, affectionately known as the POS (piece of s**t)…There are other stories, life through vehicles owned, used, experienced. 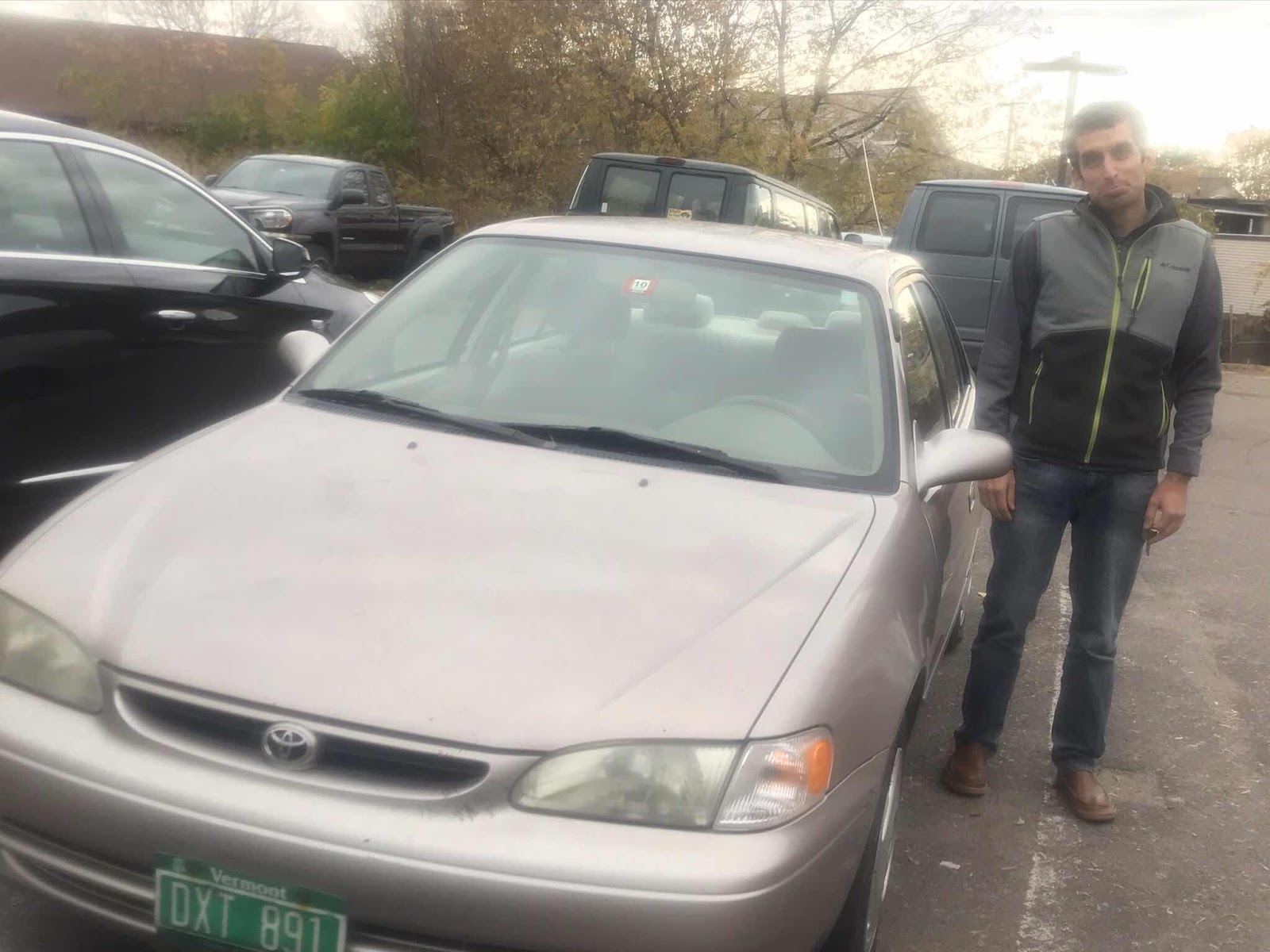 Boomers on Pursuits Major and Mundane

Continuous rain signaled a quiet day at home on my couch, under a  blanket, reading the best-seller Where the Crawdads Sing by Delia Owens. I finished the book, which was highly recommended by friends. The author will be in town in November and I wanted to read the book before attending her lecture. I became engrossed in the story, a journey into the land and inhabitants, human and otherwise, of North Carolina’s Outer Banks before the region became a tourist mecca.

Meanwhile my fellow boomers spent time this week on endeavors major and mundane.

Health happenings
Rebecca Olkowski, with BabyBoomster.com, attended a 2-day Osteoporosis Summit with a group of over-50 bloggers and influencers at Amgen. Participants flew in from all over the country to learn about bone health and the importance of having a bone density scan. She toured the facility, listened to a panel of experts and even did a cooking class – recipe included. Read about what she learned here.
Levelheaded ideas on a controversial topic
Tom at Sightings Over Sixty steps into the line of fire with this week's post Guns Don't Kill People . . .  Take a look, if your mind is even slightly open about the subject. 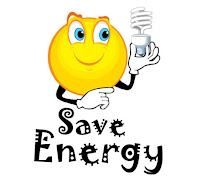 On The Survive and Thrive Boomer Guide, Rita R. Robison, consumer and personal finance journalist, offers 10 top tips for saving energy and money. The U.S. Department of Energy estimates that the average household spends at least $2,200 on energy, and at least half of that is for heating and cooling their home.

If you've ever wondered what the "secret" was to vision boards -  a collage of images and words that represent what a person wants to do, be, or have in life - then Jennifer of Unfold and Begin has an answer for you.  In How to Unlock the Secret Behind Vision Boards, she shares the 4 key steps to creating and using one.
Laurie Stone from Musings, Rants & Scribbles knows how we take many things for granted in life – health, shelter, water, food, and yes...comforters. She's been on a quest for a new one for months and you’d think she was pursuing the Hope Diamond or Ark of the Covenant. Why is Comforter Land playing such hardball this time? Did bedding change or did she?

Thanks for stopping by and hope you take a few moments to drop by our boomers and say hi! We love to hear from you. 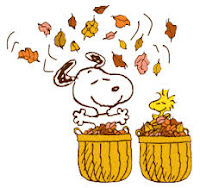 Three Blind Mice, and Another One...

A wonder of the internet is that we can explore and discover all kinds of information. A piece of worthless trivia unearthed this week is that on October 12, 1609 – over 400 years ago – the nursery rhyme Three Blind Mice was published in London. In case it has been a very long time since you crooned with a toddler or two, here are the lyrics:

The verse seems cute and innocent. It is anything but. Adults and the toddlers they teach have no idea the rhyme has underlying meaning. And not a delightful one.
Many nursery rhymes recited today were written in England during a time when speaking openly against the government, the King or Queen, or the Church, was dangerous and could result in dire consequences. To get around this obstacle dissenters wrote poems cloaked in innuendo.
Three Blind Mice, based on a true event, is one example. The three blind mice refers to three Protestant noblemen convicted of plotting against Queen Mary I, ruler of England and Ireland from 1553 until her death in 1558. Mary was Catholic and determined to reverse the Protestant Reformation. She killed many Protestants and earned the nickname Bloody Mary. The farmer’s wife alludes to Mary and her husband, King Philip of Spain. They owned a number of large estates. Mary did not have the three men dismembered and blinded, as inferred in the rhyme. However the three men were burned at the stake in 1555.
In our time free speech is a right (in some parts of the world). We can speak and write diatribes proclaiming opposition to whoever or whatever we want. Sometimes the target is apparent, and sometimes the target is revealed obliquely, or not at all.
An example is the popular 1980 song by the British band Queen, Another One Bites the Dust. I don’t sing along whenever heard on the radio because of the song’s message; the message I learned. A Google search finds more than one meaning, but I still don’t feel comfortable warbling the lyrics.

A theme of the song is death, referenced in the phrase “another one bites the dust”. The song may represent a metaphorical death, like the end of a romantic relationship, or - the interpretation I learned - the song is all about mass murder. On a lighter note, another piece of trivia discovered in my research is that the song played backwards conveys (maybe) a pro-marijuana message.

Perhaps each person should figure out what the song is all about for themselves. As for future generations, young and old may continue crooning the song, its enduring popularity due to the captivating tune and lyrics.

Here is a YouTube of Another One Bites the Dust. Reach your own conclusion...

Age-wise, I am in a sweet spot dubbed ‘the golden years’. The term was first coined in a 1959 ad for Sun City, Arizona, considered the first active adult retirement community. The phrase is supposed to conjure images of retirement, leisure time, relaxation, enjoyment of life - a stretch of time before the ailments and illnesses of old age prevail.

What I am learning as I march into my sunset years is that those ailments and illnesses don’t pop up one day, a message screaming, OK, gal, you’re now OLD. Rather those disorders creep up on you – maybe not you, but definitely on me. One day I feel fine, one day I AM fine, and the next day something is not quite right... 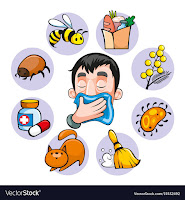 My latest issue is, according to my doctor, an allergy. To what I have no idea. I never had an allergy. Until now.

Suddenly I am fine and then my eyes tear and redden, my nose runs, I sneeze. Then the symptoms disappear. I tested to find out if the problem was my soap, makeup, shampoo...none of these variables made a difference. After months of this on-and-off scenario it was time for a professional opinion.

The diagnosis: I probably have an allergy to something (Eureka!). So I am trying an over-the-counter antihistamine, and if that doesn’t work will add a prescription med.

What is going on? Why am I turning into a weak-bodied specimen?

Apparently I am not alone. There has been a world-wide increase in allergies among folks over 50 in the past few decades. In fact, so many older people succumb to allergies that WHO, the World Health Organization, has classified the trend an ‘epidemic’ of the 21st century.

Reasons for the rise in allergies over the past few years include:
·      Environmental transformations, such as climate change and pollution, contribute to increased susceptibility and lower body immunity.
·      Mold and pollen are common respiratory-related allergy agents. Climate variations, habitat destruction and alterations result in increased cases of allergies among adults.
·      The immune system and tissue structure changes as we age. A consequence can be heightened sensitivity to allergy-producing agents, such as foods and substances we breathe.
·      Everyday life may contribute to allergies in the form of stress. Stress releases hormones and other molecules that lead to allergy symptoms. Although not a direct cause of allergies, stress can make an allergy worse. 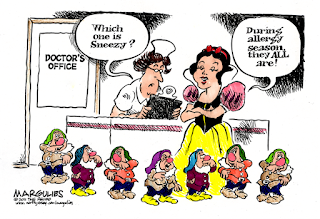 All this information is interesting but not helpful to my situation. On doctor’s orders I am to keep a diary of my allergy episodes, in the hopes that eventually a commonality will be found (another Eureka moment!).  Otherwise I will walk around forever wearing dark glasses as tears stream down my face and I bump into people and objects because my sight is impaired, while folks wonder – what is wrong with that woman?

To be continued, eventually, for better or worse...