The Hamilton Hype is Well-Deserved 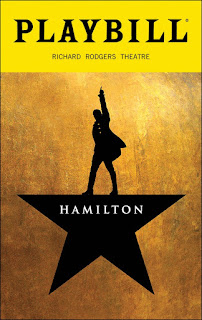 We prepared beforehand, listening to Hamilton on YouTube. No action, no pictures, but with the most important element necessary to appreciate the show - the lyrics.

It is not easy to understand all the words on the album when first heard. It is probably an impossible task. Rewind, listen carefully, re-read the words on the screen a second or third time (or more) – and appreciate. And you can enjoy all this for free! Or, to be more precise, for the cost of your monthly internet fee. Occasionally the rendition is interrupted by a commercial break, but after a click on the Skip ad note in the corner of the screen the ad disappears and the music continues. We did not listen to the entire performance, all 2 hours and 22 minutes, at one time, but absorbed it over a period of days.

This was preparation for attending a live performance, Hamilton the musical and Broadway play. Except we saw it in Philadelphia.

The hype, in my opinion, is well deserved. The characters, the lyrics, the hip-hop music, the story all weave together to create a masterpiece. Our tickets were $167 each, and as hub declared, we were in nosebleed territory, but we saw and heard everything.

Do not despair if ticket prices are too steep for your pocketbook. I am sure there will be a movie eventually – probably currently in the works, or at the very least the film rights are being negotiated at this moment. Local playhouses will produce the show, with varied success. Meanwhile listen to the entire show on YouTube. Free. Or invest in the album.

Some people are familiar with Alexander Hamilton, craftsman of the country’s financial system, killed in a duel with Aaron Burr, at the time America's Vice President. A potpourri of historical figures appear in the show, many familiar and others less so: George Washington, Thomas Jefferson, James Madison, Marquis de Lafayette, General Charles Lee, King George III (my favorite and the comic relief character.) And the show’s creator, Lin-Manuel Miranda, did not forget the ladies. The Schuyler sisters, Eliza, Angelica, and Peggy, emerge onstage, and two of them play key roles in the show. 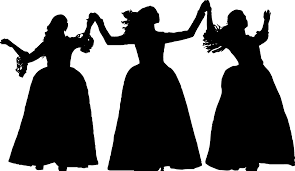 There are observers upset by the fact that the country’s founders are portrayed by performers who do not look anything like the originals. In the play they are black, brown, Asian...One purist noted that, in the production we saw, the Thomas Jefferson character was short. In ‘real life’ he was a tall man. Does it make a difference? At what point is it OK to be historically inaccurate? And when is it important to stick to the facts? I don’t have the answers, but these are thought-provoking issues for debate.

The playwright’s idea was to make the story of the creation of the nation a narrative Americans today can relate to. Costumes are not 21st century, but do not adhere to 18th century protocol either - no powdered wigs, long waistcoats or knee breeches. The play focuses on relatable characters, language understandable to careful listeners, and  issues, ideas, and disputes relevant today.