The volume on my iPhone voice mechanism grew weaker day after day. The speaker worked fine, but I could not continue long-term use of only the speaker. My conversations do not rate security-level clearance, but I am sure would be annoying to folks within hearing range.

The first effort to fix the problem: On-line Apple tech support. Following my description of the issue the tech support guy told me, “The phone needs to be checked out by our technicians. You need to mail in your device and you will be without your phone for about two weeks, maybe longer.”

Phone-less in the 21stcentury? I don’t think so.

The second attempt to remedy the problem: The Verizon store. I handed my phone over to the customer service rep. She tweaked some settings. Nothing changed. The volume remained weak. The rep said, “There’s been water damage to the phone. It cannot be repaired. You need a new phone.” Not yearning to spend hundreds of dollars, we parted ways.

The third try at fixing the problem: An appointment at an Apple store. A  long time ago--maybe a year or so--an Apple store thrived a couple of miles from my house. In the company’s infinite wisdom, it closed the store. Now the closest one is an hour away. But I was in the Philadelphia area over the weekend and an Apple store was not far from my destination. The idea of traipsing through one of the largest malls in the country--the King of Prussia mall with over 450 stores--did not appeal, but I had little choice.

We parked the car--hub accompanied me--entered the mall, scrutinized the digital directory for directions to the Apple store, and headed out.

In the middle of the aisle in front of us loomed an I-repair kiosk. What could I lose?

“I have a problem,” I said, and quickly summarized my iPhone dilemma. The young man took the phone, turned it over, played with it, and reached for a cloth and small, thin metal tool, which looked like a pin. He proceeded to clean a section of my device, then handed it back to me.

Hub called me, I answered, and the results were miraculous! New, improved, better-than-ever sound.

The man shook his head, “No charge.”

Hub handed him a ten-dollar bill and we thanked him. Profusely.

I dodged a major expense--this time.

We walked out of the mall very happy customers. 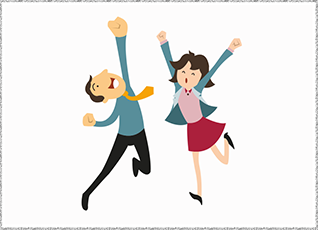