A Coterie of Candidates--Countdown to the Presidential Election 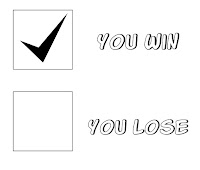 I know, everyone has probably overdosed on 2020 political chatter and the election is over a year away. Every other day someone announces their candidacy for President.

Will we survive without losing our minds? Can we endure months of talking heads blasting away with important stories on climate change and health care and inane ones like kids at an Easter egg hunt?

Can we remember all the Democratic candidates? Do we care? Probably not, unless we are a registered Democrat and live in Iowa, the site of the first caucus--in case anyone is interested--on February 3, 2020. Only NINE—9—months away.

The American public has choices. Either embrace the madness and go with it, or take the next plane, train, or boat out of the country and stay away until November 4, 2020. Escaping has its merits—it’s tempting to think about spending months in a  budget-priced bungalow on a beach in Thailand or a mountain in Ecuador--but I will stick around.

Two Republicans are running: the current President and one challenger, William Weld, former governor of Massachusetts. Both men are geezers. Weld is 73 and DT is 72. No fresh faces here.

As of April 26, 20 Democrats have announced their candidacy for the exalted position of President of the United States. They range from young, almost-still-kids to oldsters. Bernie Sanders is the oldest at 77; Pete Buttiglieg, 37, the youngest. Most are in their 50s and 60s. Some are well-known (Cory Booker, Elizabeth Warren), others not so much (how many people heard of: Marianne Williamson, Wayne Messam, John Delaney).

Unannounced Democratic and Independent possibilities include Stacey Abrams, Bill de Blasio, Howard Schultz...and other currently obscure wannabes who may declare their intentions in the next few months.

I surmise many candidates are not so much after the top of the ticket as the second spot, or a cabinet position, or an overseas post in a country on their bucket list, or at least a coveted slot on The View, Stephen Colbert, even Fox News. The goal? To plug their soon-to-be-released memoir. Or land a cushy job (translation: better paying than their current one). 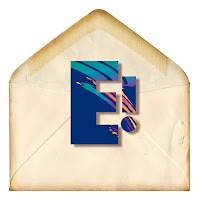 Campaigns cost money. Lots of money. My email box is inundated daily with pleas from candidates, political organizations and lobbying groups seeking donations. I don't want them. Unsubscribing rarely works. Banishing solicitations to junk mail leaves them in limbo until deleted. Other emails detail earth-shattering developments that will change my life forever and for the worse--unless I sign a petition supporting some candidate or lobbying group. Even better, ALSO send a donation.

Hub and I recently bought a new TV and now have access to Netflix and Amazon prime. We plan on spending lots of time in the coming months immersed in movies and binge-watching series, all with one thing in common—they are totally, completely nonpolitical. So, no VICE, about VP Cheney, for instance. Cheaper than escaping to foreign shores, and almost as much fun.