Celebrating Columbus Day, in a way…

Columbus Day, October 12, entailed a minor celebration when I was a kid. Schools closed, always reason to cheer! I remember indulging in a feast, served on holiday-themed paper plates, at my girlfriend’s house. We were patriotic, we were happy, we did not have school. A delightful day.

Fast forward and the innocence of the 1950s is replaced by the cynicism, political correctness, and historical realism of today. Columbus Day joined a number of other holidays and became part of the American three-day weekend tradition, observed the second Monday in October. The day is now also designated Indigenous Peoples' Day.

Poor Chris. Everyone has bad things to say about him. And he isn’t here to defend himself. 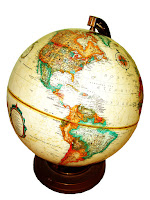 When Chris set out with his three ships in 1492, he was searching for a western passage to the riches of Asia, unaware of the massive impediment preventing him from doing so – namely North and South America. He stumbled on the New World.

Chris was not the first European to set foot in the Americas. Centuries earlier the Vikings established settlements in Greenland and Newfoundland, but the villages and the settlers disappeared, rediscovered centuries later. Meanwhile any knowledge of these lands was lost.

Chris made four voyages to the New World and never found the riches he so desperately sought. He did, however, govern territories in a harsh, heavy fashion. He enslaved the natives, beginning a nasty practice that prevailed for centuries, ramifications of which we still face today.

Another devastating legacy Europeans introduced into the New World was disease. Columbus’ men carried smallpox, flu and other viruses, decimating the Indian population on Caribbean islands. The Spanish spread smallpox to the Aztecs of Mexico, and anywhere from 50,000 to 300,000 Aztecs died.

It is estimated as many as 18 million natives lived in North America when Europeans began to explore the land. They transmitted a host of diseases, including bubonic plague, chicken pox, cholera, diphtheria, measles, scarlet fever, typhus, tuberculosis, and whooping cough. With no immunities natives suffered huge losses, as high as 80-90 percent of a population. The view that when the Europeans began exploring, trading and settling the Americas, the lands were vast empty places was initially inaccurate. The native peoples, however, perished as disease spread throughout the hemisphere.

Columbus pursued a vision he never realized, in the process setting in motion scourges that affected every part of the New World. But Chris was a product of his times, with ideas of ‘the other’ very different from the views of most of us today. His legacy is a mixed one that continues to evolve. 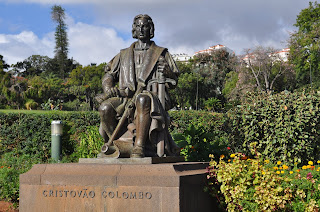