Autumn Opportunities and More from the Best of Boomer Blogs

The weather in my part of the world changed this week, temperatures dipping from warm 70s to chilly 40s, and foliage is fast morphing from bright colors to muted reds, oranges, and yellows.

There's a fall nip in the air in many places, foreshadowing Halloween and the Day of the Dead --just around the corner. And that means pumpkins. Have you seen white pumpkins? At A Healing Spirit, Carol Cassara tells us how to carve a white pumpkin in memory of your loved ones.

Fall is a time of endings – and beginnings. This year one activity seems to overwhelm all others -

Tom Sightings and his wife attended a public debate between the two candidates for their seat in the House of Representatives. The incumbent, a Republican, is a freshman Congressman. The Democratic challenger is from an old political family, but is himself a newcomer to elective politics. Take a look at Sign of the Times for a report on the state of Congressional politics, at least as it's played out in one swing district in the swing state of Pennsylvania.

Another fever is also temporarily sweeping the land -

Lottery fever…
Although the odds of winning are incredibly small (1 in 302.6 million), we can dream. We Americans do love to gamble!  Check out Laura Lee's post at Adventures of the New Old Farts on how much we collectively spend on lottery tickets!

The latest news from our consumer journalist…On The Survive and Thrive Boomer Guide, Rita R. Robison, consumer journalist, writes about a study that shows most burger chains continue to serve beef raised with the routine use of antibiotics. Shake Shack and BurgerFi are the only two burger chains that received “A” in a scorecard prepared by six consumer groups. The beef industry is the largest buyer of medically-important antibiotics in animals produced for food. The widespread overuse of antibiotics for meat production is making antibiotics less effective by contributing to the creation and spread of drug-resistant bacteria.

Health issues are on our minds all seasons of the year...
Rebecca Olkowski with BabyBoomster.com interviewed a woman who had a tumor taken out of her heart, a brain bleed and is now dealing with AFib. She had a Watchman implanted inside of her to help prevent the risk of a stroke. Her story is compelling.  You can read about it here.


Meanwhile fall ushers in an upswing in holiday activity. Retail catalogs and charity solicitations have begun swamping my mailbox. The past few years decorating for Halloween has become popular in my neighborhood. Pumpkins, scarecrows and hay bales installed in October come down in November, replaced by turkeys and Pilgrims. Christmas décor takes over in December. 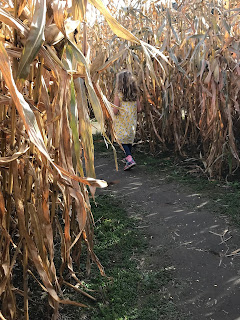