You Can’t Make This Stuff Up: Countdown to the Presidential Election 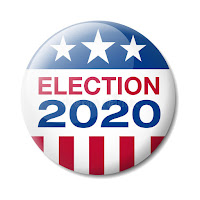 A question that sometimes drives me hazy:
am I or are the others crazy?
-      Albert Einstein

We live in a topsy-turvy world, an upside-down place in a state of confusion. The whole world may not be experiencing this phenomenon, but most people over the age of 10 (possibly younger) living in the United States are in the midst of this madness.

I have no idea what scholars will label the current Administration, but I dub it the era of preposterous Presidential pretentiousness. I can guess how historians will judge the DJT Presidency and where DJT will rate compared to all Presidents, but realize no one cares about my opinion!

Looking ahead almost 800 days, Republicans and the rest of the country wonder whether DJT will last long enough in office to run for a second term. Personally (again, my worthless opinion) I hope enough of the opposition is elected to the House and Senate in the 2018 midterm elections to stymie the worst measures DJT and the Republicans hope to pass – such as cuts to Medicare and Social Security, the complete eradication of Obamacare, and the obliteration of Obama’s name from any and all documentation indicating he was ever President (OK, this might be a bit of a stretch, but a dream of DJT’s I am sure).

I want DJT to simply go away, walk off center stage, his tweets no longer daily fodder for the media, his speeches and rallies no longer broadcast anywhere. I hope he fades away after January 2021, returning to his mansion in the sky (a.k.a. Trump Tower).

I predict the Republican standard bearer will be DJT, assuming he does not leave office beforehand. If DJT does not serve a full four-year term, Vice President Pence will replace him in the Oval Office, and in the 2020 campaign.

As for the Democrats, what fresh face will appear in 2020? There are the timeworn stalwarts - Joe Biden, in great shape (did you see him jog during the Pittsburgh Labor Day parade!?), but he will be 78 in 2020…Bernie Sanders will be one year less than four score…Elizabeth Warren will be 71, but hardly considered a fresh face.

Sometimes an individual not staring at the public every other day via the news emerges as a viable candidate. Senator Corey Booker of New Jersey is making a name for himself during the Kavanaugh hearings, but I doubt most Americans of any political persuasion are paying attention. Diane Feinstein of California, 87 years young, is also making herself heard. Not a viable nominee because of her age (yes, I guess I can be accused of age discrimination), she is a formidable role model (whatever your political leanings) for everyone decades younger.

Is there a governor living and working outside the Washington Beltway that captures people’s imagination? How about a young Senator that emerges from obscurity? Or a businessman or woman? Or (following DJT’s lead) a celebrity? But not a vacuous one…How about Oprah? 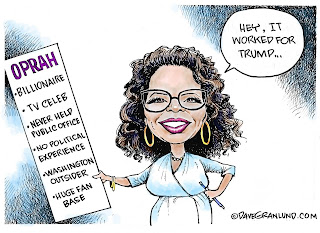 Or how about actors who have portrayed Presidents? They would have more experience than the current President had before assuming office. I have no idea about these individuals’ political persuasion, but they made formidable Presidents on screen...

Daniel Day Lewis, who portrayed Abraham Lincoln in Lincoln. The country could use a President with the stature and wisdom of Lincoln.

Jamie Foxx, the fictional President in White House Down, about a terrorist assault on the White House.

I am sure readers have additional ideas. We can speculate…dream…prognosticate about what individual will stand on the steps of the U.S. Capitol on Wednesday, January 20, 2121, and take the oath of office.

Of course we know that (unless it is DJT) the crowds will NEVER exceed those witnessed at the 2017 inauguration. 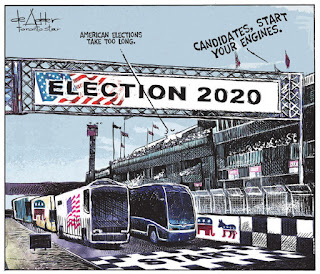