THE LOVABLE BERT AND ERNIE 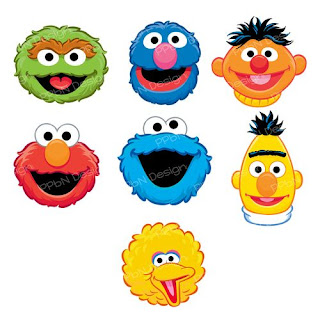 My family has been Sesame Street fans since my boys tuned in years ago. They grew up with Cookie Monster, Big Bird, Mr. Hooper, Mr. Snuffleupagus, Bert, Ernie, Count von Count and countless others, humans and Muppets. One of our favorite holiday traditions was watching Christmas Eve on Sesame Street. Big Bird tries to figure out how Santa gets down the chimney.

I am oftentimes amused, flabbergasted, annoyed and sometimes perplexed by today’s news. This past week’s controversy – besides the Kavanaugh drama – was about the Muppets Bert and Ernie. The debate raging across the continent: are Bert and Ernie a gay couple?

Sesame Street says no. The company published the following tweet this week – then retracted it:

Bert and Ernie premiered with the original Sesame Street show in 1969. The two Muppets were apparently modeled after Neil Simon’s Odd Couple, a male duo thrown together by circumstances – divorce.

Over the decades the gay community ‘adopted’ Bert and Ernie. Opposition to the couple’s portrayal started in the 1980s. 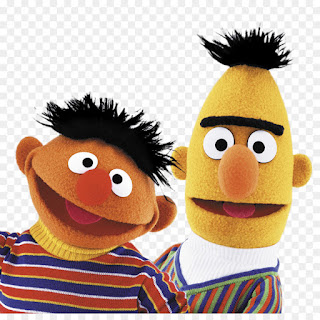 Are they, or aren’t they? My question: Why does it matter?And what does it say about a variety of interactions witnessed all around us every day….

I traveled with three girlfriends and we shared rooms, two per room. I traveled with my sister and we shared a room. I stayed with a friend for a week in her vacation villa. If anyone saw us leave the hotel room or villa together would they assume we were a gay couple? Would onlookers consider us an item? Has this happened and I was unaware of the stares and whispers?

I occasionally walk arm in arm with another woman when my companion needs assistance. Do spectators assume we are doddering old gay love-birds?

When friends have lunch together, do folks at adjacent tables discuss whether or not the couple is gay? If it is me and a friend, when we lean in to listen to each other because we both have hearing issues does that confirm the hypothesis?

Email ThisBlogThis!Share to TwitterShare to FacebookShare to Pinterest
Labels: Are Bert and Ernie gay?, Bert and Ernie, Sesame Street