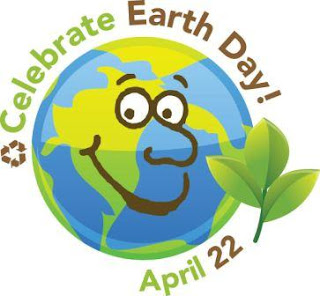 The first Earth Day was celebrated April 22, 1970. I was a college student concerned about the environment.  A small committee, which I co-chaired, organized my school’s Earth Day events, a series of speakers and a very polite demonstration. My environmental activism, sad to say, did not extend much beyond my college years.

The Earth Day movement originated during a tumultuous period in American history – the Vietnam War raged and protesters took to the streets. Young people realized if they wanted change, they would have to instigate reform. (Not unlike the current gun control movement, an unfolding modern-day story.)

At the time there was no Clean Air Act, Clean Water Act, or EPA. Wisconsin Senator Gaylord Nelson spearheaded the first Earth Day, and 20 million Americans, mostly on college campuses around the country, expressed their support for a clean environment.

In December of 1970, President Nixon created the Environmental Protection Agency.

The Congress, the Administration and the public
all share a profound commitment to the rescue of our natural environment,
and the preservation of the Earth as a place both habitable by
and hospitable to man.
-       President Richard Nixon

Earth Day became an annual event and a world-wide movement.

On Earth Day two years ago – April 22, 2016 - over 120 countries signed the Paris Agreement on climate protection. Unfortunately President Trump announced on June 1, 2017, that the U.S. would pull out. However agreement provisions stipulate the U.S. cannot officially withdraw until November 4, 2020 – one day after the Presidential election.

With the assault on the environment by the current EPA Director and the Trump Administration, I am worried the environmental clock is running backwards. Earth Day should celebrate how far we have come in preserving our land and natural resources, cleaning our food and water supplies, our lakes, streams and oceans, saving forests, as well as publicize the work yet to be done. We should not have to lament the rollback of environmental regulations and protections.

On Sunday, April 22, 2018, Earth Day events will be held around the world, coordinated by the Earth Day Network.

Each year Earth Day highlights a specific environmental issue. For example the focus of the 30th Earth Day in 2000 was clean energy. In 2012 the issue was overpopulation, and in 2017 environmental and climate literacy.

Earth Day 2018 is all about plastics.
The slogan: End Plastic Pollution

Each one of us can reduce our plastic usage. One of the easiest ways is the use of eco-friendly reusable shopping bags. I keep a couple of bags in my car, except when I forget to return them to the car after use.

I slurp drinks through plastic straws. Or rather I used to use plastic ones. I ordered a set of reusable straws. Out with the plastic!

Hopefully Sunday, April 22 will be a warm sunny day, not a recent norm around my hometown. I hope to take a walk and, although I won’t smell the roses – too early in the season – daffodils are blooming and have a scent of their own…