The Stock Market, Our Savings and Congress’ Meddling

In a previous life I worked for a financial firm. The TV next to my desk broadcast a business channel, muted most of the time. A stock ticker rolled across the bottom of the screen. I researched stocks, bonds and mutual funds and helped clients invest for their future, the goal being a poverty-free retirement and fulfillment of their bucket list. 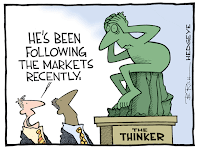 I worked through the buoyant economic environment of the 1990s and the Great Recession and financial crisis of the 21st century. I saw clients panic and take their money out of the market while others perceived opportunity and jumped in. Most investors stayed the course, hoping the market recovered and moved forward, which it eventually did. 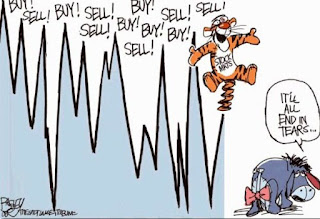 Market history is a series of ups and downs, crashes and bull runs. Maddening to most people, especially investors following the market regularly. Perspective is necessary to avoid heart attacks on a dreadful down day and uncontrolled euphoria on an exceptionally elevated day.

Investors in for the long haul usually are rewarded. Those shifting in and out are often disappointed.

A market milestone occurred November 14,1972, when the Dow Jones Industrial Average (DJIA) closed above 1,000 (1,003.16) for the first time. The market plunged soon after, losing almost 40% of its value. But it recovered, dropped additional times, recouped, and the cycle continues…

Anyone investing a small amount in 1972 and adding to it over the years would own a sizable nest egg today.

Recently out of college and newlyweds in November 1972, hub and I were lucky to have enough extra money for a pizza on the weekend. But life moved quickly. Hub’s discharge from the military followed by a good job meant more money, which immediately got eaten away by runaway inflation.

The economy settled down, but kids assumed the job of depleting our income.

Finally we started investing for our future. IRAs and 401(k)s, introduced into federal law in the 1970s, were promoted and adopted by individuals and corporations during the 1980s.

Statistics tell us most Americans do not invest for the future and upon retirement have limited financial resources. Meanwhile Congress is doing all it can to cut the amount folks can contribute to 401(k)s. Few people save the maximum, but those who can should be allowed that privilege, while the rest of us save as much as possible. The limit on IRAs is much lower than 401(k)s and should be increased. It won’t happen – not in the current Congress.

The government needs as much money as it can muster for the federal budget. One way to get more income (American taxpayers’ hard earned cash) is to redirect IRA/401(k) contributions into Roth IRAs. Roth dollars are taxed immediately while IRA/401(k) dollars are not subject to the greedy hands of Uncle Sam until withdrawn, often decades after the initial investment.

Congress aims to cut Social Security and Medicare, so the least our elected officials can do for senior citizens of the future is to encourage folks to save. America’s seniors will need the money for ordinary expenses like food and medical care.

The proposed tax bill is not finalized. Everyone is fighting for his or her piece of the pie. Tax reform is an excellent idea, but playing with people’s lives is not. Congress should be upfront about the pros and cons of the bill, which apparently throws a few bones to the middle class now but costs them dearly down the road.

I wait anxiously to see what convoluted concoction Congress cooks up next.