Reflections on the Position of President of the United States 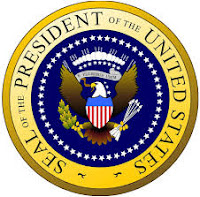 Since there are only 1,306 days until the 2020 election–three and a half years, a long time or a short interval depending on your views of the current POTUS–it might be time to begin evaluating candidates for that austere position.

The Dems need new, youngish, tall fresh faces. One of my state’s senators (NJ), Cory Booker (6’4”), is making a name for himself, but will the country elect another black man so soon after Obama?

A female dynamo around a long time, California’s Diane Feinstein, is too divisive. I did not know she is, well, quite mature – 83. Cross her name off the 2020 list. On the other hand the junior CA senator, another Democrat, Kamala Harris (5’4” – may be a problem), is only 52. I know nothing about her.

I heard Colorado’s Michael Bennet (height unknown) on TV discuss the Gorsuch hearings, and he impressed. He is only 52 (age here being a relative term; after all, the President must be at least 35 years old). No Coloradan has been President. And he is not bad looking. All good reasons to consider him...but enough about the Democrats. It is reassuring to realize, however, there are potential candidates in the wings. Whether they are good aspirants or schmucks*, research and time will tell.

The current POTUS will be 74 when 2020 rolls around. But more important, First Lady Melania will be 50. Will POTUS stand for a First Lady of such vintage?

If DT decides to opt for trophy wife #4, I am sure his admirers will forgive a divorce. After all, they did not mind that he already suffered through two. As for all those other women sexually harassed by the POTUS, his followers will forgive. Again. And again. And again...We are all familiar with the infamous tape putting the lie to DT’s denials of sexually harassing women. He is an inveterate cheater, invoking the Fifth Amendment 97 times during divorce proceedings from his first wife (Ivana) when questioned about relationships with other women.

But let us not overlook the fact that the POTUS is a magnanimous, forgiving soul and good friend. On Bill O’Reilly’s recent indiscretions, or rather the publicizing of his transgressions, DT said in an interview with The New York Times, "I think he’s a person I know well. He is a good person...I think he shouldn’t have settled. Personally, I think he shouldn’t have settled. Because you should have taken it all the way. I don’t think Bill did anything wrong."

After all, the POTUS is such a romantic. Commenting on his second wedding (to Marla Maples) he said: “I was bored when she was walking down the aisle…I kept thinking, ‘What the hell am I doing here?’”

I would LOVE to hear what DT's two ex-es have to say. Unfortunately their stories are unavailable due to confidentiality clauses in divorce decrees. Speak and ye shall lose your $$. Not that they get oodles of money, due to prenuptial agreements, but a check in the mail occasionally for a million pays the rent. And food bill. And some entertainment. And travel…but I guess only if carefully disbursed.

Ladies, should you need help, in a previous life I was a financial geek. Call me…

DT will be the Republican Presidential candidate in 2020, assuming he is alive, breathing, and not impeached. In his own words from a 1990 Playboy magazine interview:

The show is "Trump" and it has sold out performances everywhere. I've had fun doing it and will continue to have fun, and I think most people enjoy it.

Meanwhile…in small offices and large corporations around the world writers and publishers huddle over laptops, furiously updating children’s books about the Presidents to include #45. I wonder what fairy tales will be spun to make DT’s story G-rated.

* schmuck - a Yiddish word with a common understanding today of someone who is on the stupid side of the intelligence spectrum, perhaps obnoxious, difficult, a jerk. Original, literal meaning of the word is penis.
Posted by Meryl Baer at 4/07/2017 03:27:00 PM