Pursuing La Pura Vida in The Place of Turtles

Green turtles have nested along the island beaches of Tortuguero, the place of turtles, for millions of years. The animals are an endangered species and Costa Rica, on the forefront of protecting the environment, created Tortuguero National Park to protect turtle nesting areas and over 200,000 acres of surrounding land and waterways.
A village existed on the island for thousands of years, off and on, residents farming, fishing, and in the early 20th century working for area sawmills and the timber industry. When the sawmills closed many residents left. The remaining villagers lived without electricity and running water almost to the dawn of the 21st century. Today these amenities plus Wifi make a stay positively plush. 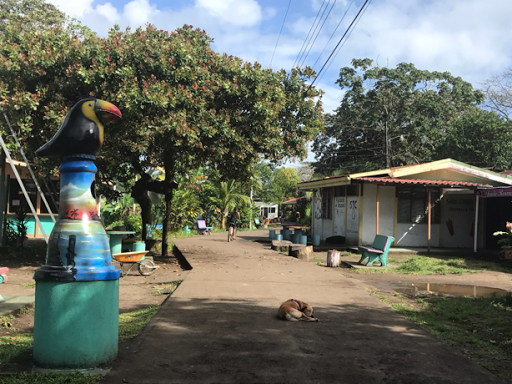 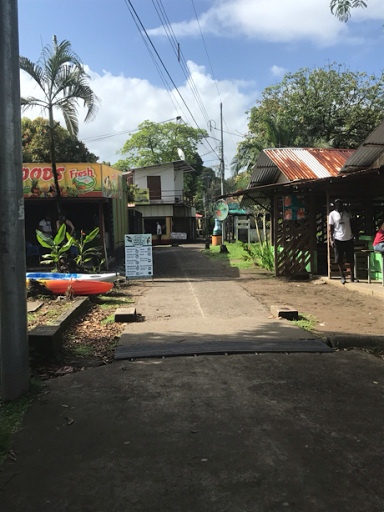 Main Street, Tortuguero
I promised hub our visit to Costa Rica would be more relaxing than trips to sightseeing-intensive places like London or Paris. So our first stop included much downtime.
The only event pre-arranged was a boat tour through the park. Upon arrival we were informed the tour began the following morning at 5:45 a.m.
Hub was not happy, but we set the alarm and met our guide and fellow passengers at 5:45 as directed. We boarded an open boat and spent the next three hours slowly maneuvering in and out of park waters, spotting wildlife, taking pictures, and getting wet.
It rained. A lot. We were unprepared, but our guide was not. He passed around large ponchos. We put them on, huddled underneath, then emerged when the rain stopped. Viewed more wildlife, then as rain began again donned rain gear. This scenario repeated four times.
The area receives 20 feet - that is not a typo - of rain a year.
We returned to Casa Marbella wet and hungry. A breakfast of hot coffee, fresh fruit, eggs and toast satisfied.
Four days passed...we rented bikes and explored the island, learned about chocolate making and crushed our own cocoa beans, and visited the Turtle Conservancy. We spent lots of time reading, writing, resting, meeting other tourists, and discussing important topics of the day like which restaurant should we try for dinner?
I have no doubt our blood pressure decreased, for two reasons. First, pursuing la pura vida, and second, no immersion in political events, occurring only when locals and Europeans asked something like (and I am paraphrasing only slightly here) "What the hell is going on with you Americans?".
Tortuguero is a colorful tropical locale, but the heat wore us down. We became lazy and lethargic and always felt sticky. Hang around and we will get used to it, locals told us, but we did not linger. 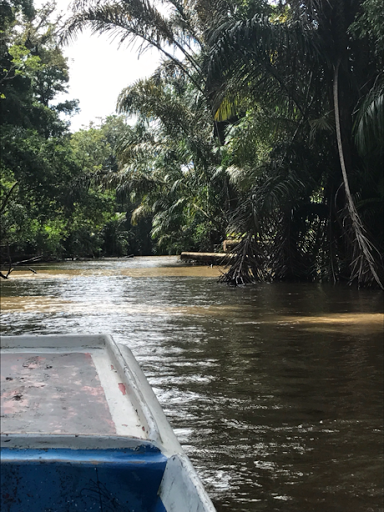