Irish Landscape on the Wild Side 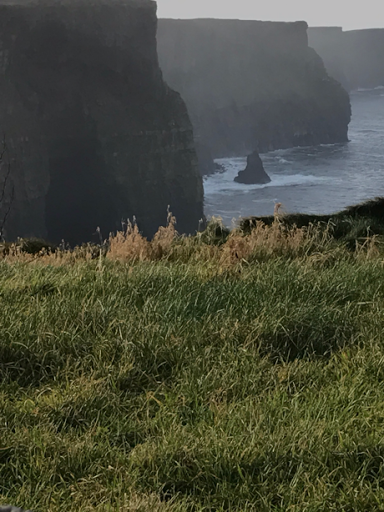 The Cliffs of Moher
Our fourth day in Ireland dawned bright and sunny, perfect for the day's objective: the Cliffs of Moher, to view nature's glory. Should the weather disappoint, we would bypass the Cliffs.
Ireland's west coast meets the ocean along the Wild Atlantic Way, a spectacular coastline of high cliffs, rolling hills and blustery ocean. Driving along a narrow two-lane road, meandering up and down hills via serpentine curves with not a straight stretch of road for miles, the view made the hazardous ride worthwhile, almost...Villages, farms, rangeland and forest zoomed passed as I held my breath, stone walls perilously close to the car. One time hub stopped the car as a BFTB (big f**ing tourist bus) barrelled towards us. I opened the car window and, without stretching, reached my hand out and touched the stone wall. It is amazing wall and car never collided.
The wind kicked up as we exited the car at the Cliffs of Moher and walked along the path paralleling the ocean. Waves crashed against rocks far below. At one point a sign indicated the trail ahead slippery, unstable and prone to landslides. We turned around.
Exhilarated by the fresh air and cliff walk we continued driving, our goal the city of Galway before dark. Interesting and inviting places whizzed by, such as an art gallery and a woolen shop, begging for attention. Unfortunately for me, but good for hub, the establishments closed on Sundays. 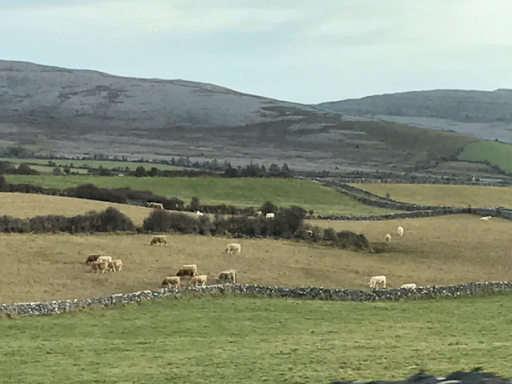 Driving through the Irish countryside we saw sheep, a few cows, more sheep,
Some cattle, and lots more sheep!
We arrived in Galway before dark but could not locate the hotel, finally asking a taxi driver for directions. A few minutes later we pulled into our hotel's car park. The hotel was, according to the concierge, a half hour walk from city center. If not interested in a hike, we could call a taxi, a $10 ride. Or take the bus. A bus stop in front of the hotel whisked locals and tourists into town for about $2.50. I am sure our package accommodated us in a hotel outside city center because of a good rate and free parking.
Lodgings so far in Ireland included a barely adequate hotel in Kilkenny but quality ones in Limerick and Galway. Kilkenny and Galway hotels were inconvenient to city centers and major tourist attractions. The Limerick location was a 10-minute walk to city center. The good and the not-so-good of travel package deals. 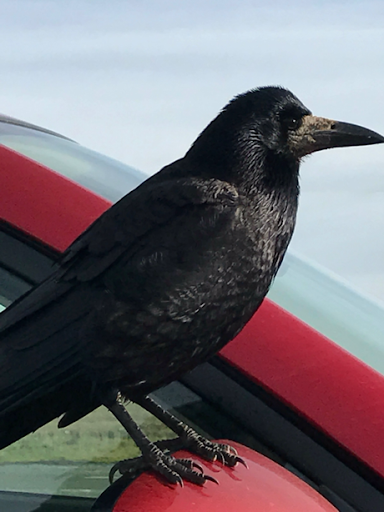 Observed in the parking lot at the Cliffs of Moher. 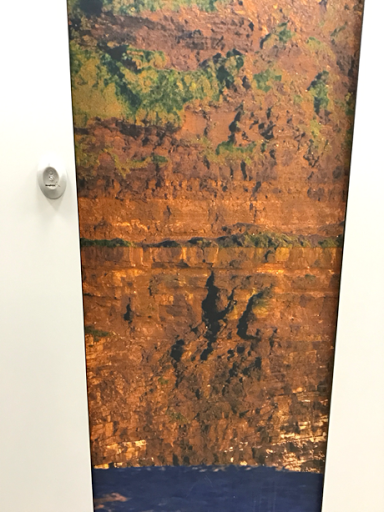