Straddling the Border Between Two Countries 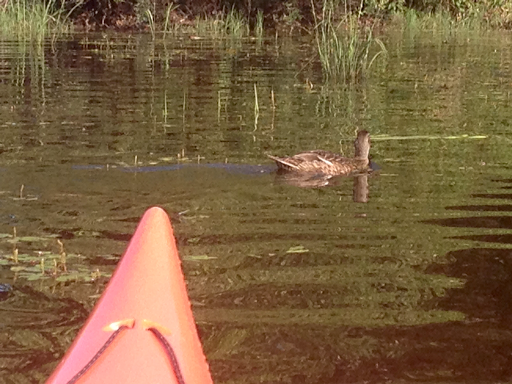 We entered Canada from a New York State country road. The Canadian border patrol manned (or in our case womaned) a command post the size of a toll booth. We approached, handed the woman our passports, then answered a few questions.
Our Destination? Glen Sutton.
How long will you be staying? One week.
Any alcohol, drugs or firearms? No (and if there were, would we declare them?).
OK. She returned our passports and waved us along.
We entered Quebec, the French-speaking province of Canada. The French presence in the country dates to the 1500s. The Catholic Church maintained French influence for centuries, and now secular forces, including the language police (no kidding), reinforce French Canadian culture.
Hub and I enjoyed a five day kayak adventure, a Road Scholar program. Plying the calm and not-so-calm waters of Quebec and northern Vermont (the American state), muscles rarely used woke up and screamed "Ouch!"  However the exercise did not compensate for the numerous calories consumed savoring homemade gourmet dinners and waist-expanding desserts.
In the evenings we listened to a series of lectures on heart health, Quebec history, and climate change. If totally honest I must admit I tried very hard to listen, but did not always succeed. Exhausted following hours of exercise in the great outdoors, it was difficult staying awake. In a room furnished with comfortable upholstered chairs and couches, the first night I settled in a chair directly in front of the speaker. I could not help myself as my head fell and eyes closed. My head soon abruptly shot up and eyes opened, but only temporarily. The scenario repeated throughout the hour and a half program. The following evenings I did not repeat my mistake, sitting in a dark corner in the back of the room.
When not on the water we engaged in conversation with locals.
What do Canadians think of us?
My mind attempted to find a term explaining foreigners' views of American politics today, and finally discovered an appropriate term: meshuganah, a Yiddish word. Translation: a bit crazy, maybe more than a little bit crazy, but definitely meaning what-the-hell-is-wrong-with-you-people.
I hope Canada does not build a wall to keep Americans out. Canadians joke about the prospect but actually welcome immigrants. A few thousand Americans (minus their guns and Trump paraphernalia) would probably be granted asylum. Of course gun-toting Trump supporters wearing "Make America Great Again" hats are not the ones who might be heading north...
The American dollar is strong against the Canadian dollar, a $10 purchase in Canada costing Americans only $7. A bargain! If considering a trip north, go soon! No one can predict the value of future dollars. But beware, sales taxes are steep.
Travel musters thoughts of additional adventures, and as my muscles recover from kayaking I consider future trips. It is better than thinking about returning home and cooking and cleaning and doing all the laundry generated during the week... 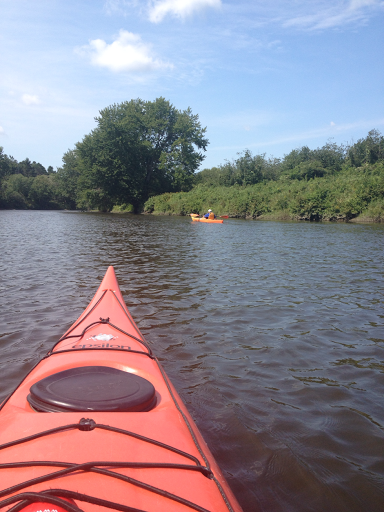