Rocky Road to a Rollover 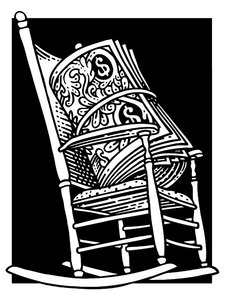 One order of business before fully enjoying a carefree existence required rolling over his 401(k) to an IRA, a strategy encouraged by his employer (ex-employer, to be strictly accurate).

Hub initially tried handling the rollover online, but faced obstacles when the completed online form would not print. He contacted via phone the firm administering his company’s 401(k) plan, and a customer service representative walked him through the rollover steps. It seemed straightforward and uncomplicated.

First step: downloading and printing a one-page form. Hub filled out the form immediately, clearly printing the information requested, including the name and address of the financial institution where the funds were to be delivered. He then drove to the nearest fax machine, located at a mom-and-pop grocery a few blocks away. The form could be dispatched snail mail, but the rep indicated faxing was the preferred method, if possible.

Our next step: wait.

A week later an envelope from the financial firm appeared in our mailbox.

This was not good. The check should have been sent to the financial institution where hub’s IRA languished (what the account was doing during a market sinking almost daily).

Opening the envelope and glancing at the check I became livid, realizing a serious problem confronted hub, an issue the firm needed to unravel and correct.

The check was made out to hub, not the financial institution, with 20% federal taxes withheld, required under federal law for a distribution. The firm processed the request as a distribution to the account owner, subject to taxes, not as a direct rollover from a 401(k) to another qualified retirement plan (in this case, an IRA).

Hub immediately called the company. Following discussions with a couple of reps and being pushed up the food chain, hub finally reached an individual who could – hopefully – help.

The rep pulled hub’s distribution form up on her computer screen. Reviewing it, she noted it was filled out correctly.

Why was the check made out to hub, sent to him, taxes withheld?

The rep had no idea, but agreed the firm made a mistake and promised to correct the error.

We placed the check in an envelope and immediately sent it back to the company in care of our new personal customer service representative.

A few days later hub received an e-mail indicating the check arrived at the firm, was voided, and the original request sent for processing. With any luck it would be handled correctly the second time.

Days pass. Another e-mail arrives requesting hub confirm to whom the check was to be made out and the forwarding address. Hub verified the information (clearly stated on the rollover form).

Again a number of days pass and another e-mail appears. Hub’s rollover request had been completed and a check mailed to his IRA custodian.