A Walk in the Woods Underwhelms 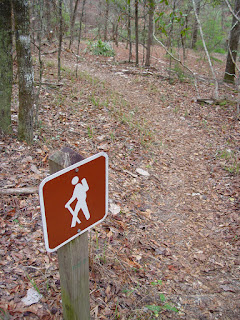 Robert Redford wanted to make a movie of Bill Bryson's A Walk in the Woods for over a decade. I am not sure why. He originally wanted Paul Newman to play his hiking buddy, but Newman passed away before the movie was made. The book recaps the Appalachian Trail adventure of Bryson and a friend, Stephen Katz.

The movie downplays the challenges confronting the hikers. A difficult undertaking, especially for the physically untrained and inexperienced, Bryson and Katz, unprepared, out of shape and clueless concerning the rigors of mountain hiking, determinedly marched on. Hundreds of miles and weeks later they end the trip, realizing they will never complete the 2,100 mile trail.

Yet all was not in vain. Bryson wrote a humorous account of their journey, and Robert Redford stars in the movie.

Bryson and Katz were in their mid-40s. Robert Redford is 78 and his costar Nick Nolte a spry 74, but I guess age did not matter because the men did not actually hike the trail for weeks.

Nolte was sometimes difficult to understand. I am not sure if that was due to a less than ideal theater sound system, my imperfect hearing, Nolte's slurred way with words, or a combination. Probably the latter.

Emma Thompson, a beautiful 50-something British actress, plays Redford's wife. Much as I like her, a woman closer to Redford's age would have been a delight. Men have wives two decades younger, but I am sure in this particular case the director desired an almost wrinkle-free female face on screen.

The movie not only details an extended hike, but also explores the two men’s relationship. Bryson and Katz lost touch for years, as so often happens with friends, reconnecting when Bryson seeks a hiking partner. Along the trail the two recount old times, catch up with each other’s very different lives, and bond, sort of.

Hub and I read A Walk in the Woods a few years ago. Some events depicted in the movie I remember, others not at all.

Before seeing the movie we read the reviews. Less than spectacular, we decided to go anyway.

The reviewers were essentially right on. The movie portrays a nice, somewhat humorous romp in the woods by two geezers who in real life would never embark on such a venture.

A Walk in the Woods will not win any awards, in my humble opinion. If you like Redford and/or Nolte, it is a pleasant way to spend a couple of hours. On the other hand movies are expensive these days. You might want to wait until you can rent it or watch for a couple of bucks, or even better, wait until it is free on TV or available on Netflix or another service...and now I am getting into an area I know nothing about and do not understand...

In summary, I like watching movies with seniors in starring roles. I like Robert Redford. And the scenery is stunning.
Posted by Meryl Baer at 9/08/2015 09:22:00 AM