Observations of Our Mexican Life Before Heading Home

Time sometimes passes quickly, occasionally lasts forever. It all depends on one's point of view. Our time in San Miguel is concluding. On one hand we just arrived, yet the last time in New Jersey seems ages ago.
We settled in and almost feel at home.
Except when we don't.
We are getting spoiled. Our place does not have a washer/dryer, but I drop off our laundry in the morning at a laundromat two doors away. Clothes are washed, dried, ironed, folded, and packaged for pickup the same evening. Two loads cost under $6.00. I never ironed underwear. I rarely iron anything. Or fold.
A maid cleans the house, changes the sheets and provides clean bathroom and kitchen towels.
Garbage pick up occurs three times a week.
Taxis are readily available and reasonable. During a rainstorm we waited only a few minutes before a cab pulled over. No phone calls, no standing in the street waving like a maniac trying to get a cabbie's attention. An easy and civilized process.
On the other hand obtaining the bill at a restaurant or cafe can be challenging. Lingering over drinks, sitting and talking after a meal is expected. No hurry here. Relax, take your time, chill out, the bill will eventually be presented with a flourish... 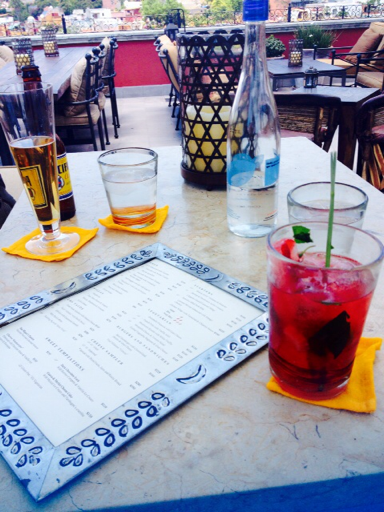 An afternoon at a rooftop bar.
Knowledge of Spanish is unnecessary, although attempts at communicating in the native language appreciated.
Public restrooms are neat, clean, modern, and often outfitted with features like folk art, plants, stained glass windows, unique hardware. 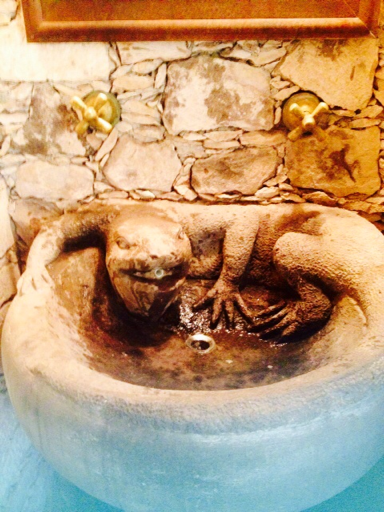 An unusual stone sink at a restaurant restroom. 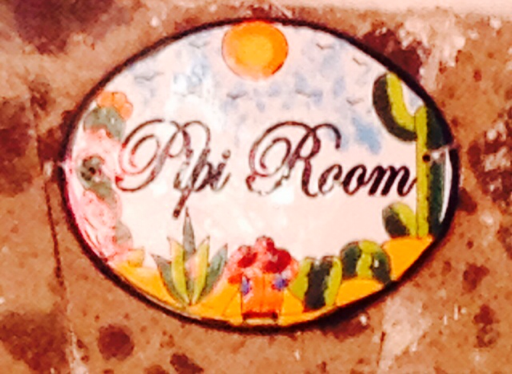 Sign in a cafe indicating the entrance to an important place.
We observed few name-brand hotels, stores or restaurants (thank goodness!). A Domino's pizza is close by, motor scooters used for home delivery.
A Starbucks cafe sits almost concealed and unobtrusive in a historic building downtown, only a small sign over the door indicating what lies within.
A Walmart-owned megastore graces the edge of town. The nearest mall, half an hour away, houses a long list of popularly-known stores. We stayed away.
We shopped at markets in town - the daily food and merchandise mart, the artisans market, the Tuesday food, flea and everything else market, and the Saturday organic market. Some meals we prepared at home, but the proliferation of interesting, reasonably priced establishments offering varied culinary experiences were difficult to resist. 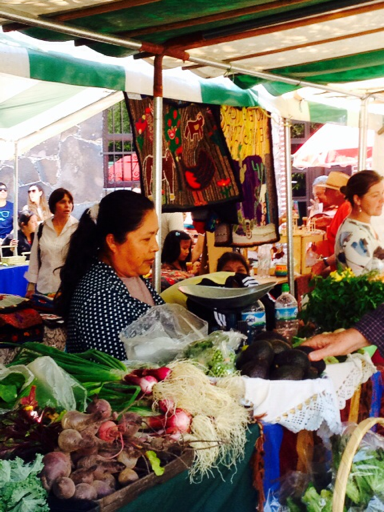 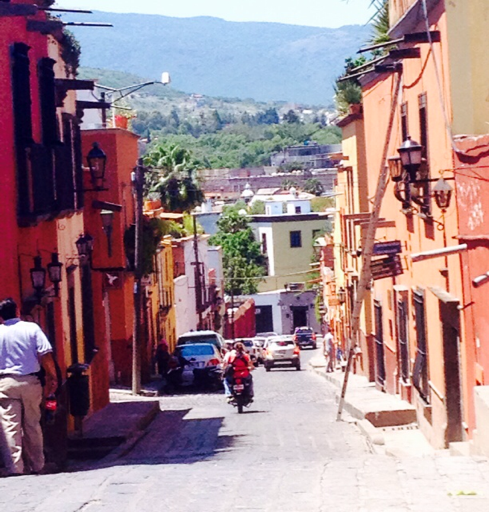 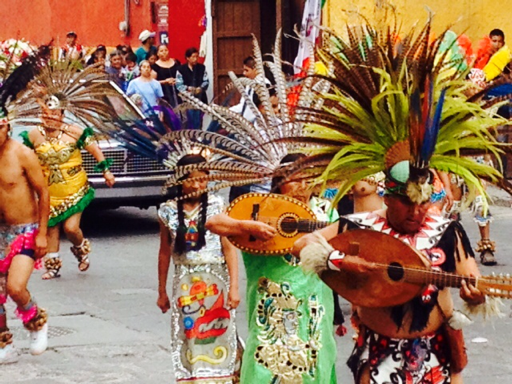 Native dancers in a funeral procession.
An added bonus of spending time in the area is the affordability of lodging, meals, tourist attractions, and other amenities.
All these can be found in different places around the world, of course, but few connect the dots like the compact, cosmopolitan, UNESCO World Heritage city San Miguel de Allende.
San Miguel entices, inviting people to linger and stay awhile. We tell people this is our first visit, and the response by locals and ex-pats alike is, "When are you coming back?"
I am not sure, but hope it is sooner rather than later.
Posted by Meryl Baer at 5/04/2015 05:31:00 PM