I spent a few days touring the Crescent City - New Orleans - exploring on my own while hub spent days walking the corridors of the city's convention center.

New Orleans received lots of publicity a few years ago not conducive to attracting tourists. But things change. The French Quarter, the heart of the old city and not flooded during Katrina, remains architecturally intact. The surrounding city is booming.

There are two reasons for the city's renaissance, according to local sources.

New Orleans (along with the state of Louisiana) has a long history of corruption. A few years ago the city bums were booted out - the former Mayor kicked all the way to jail - and positive things began to happen. New buildings, businesses moving in, government projects revitalizing the city.

Katrina devastated the area in 2005. One guide told me if it were not for the importance of the maritime industry, the city would have declined permanently. New Orleans is the focal point for the Mississippi River shipping industry and one of the busiest ports in the world.

Some highlights of my trip -


Let me begin with a happening in the sky. 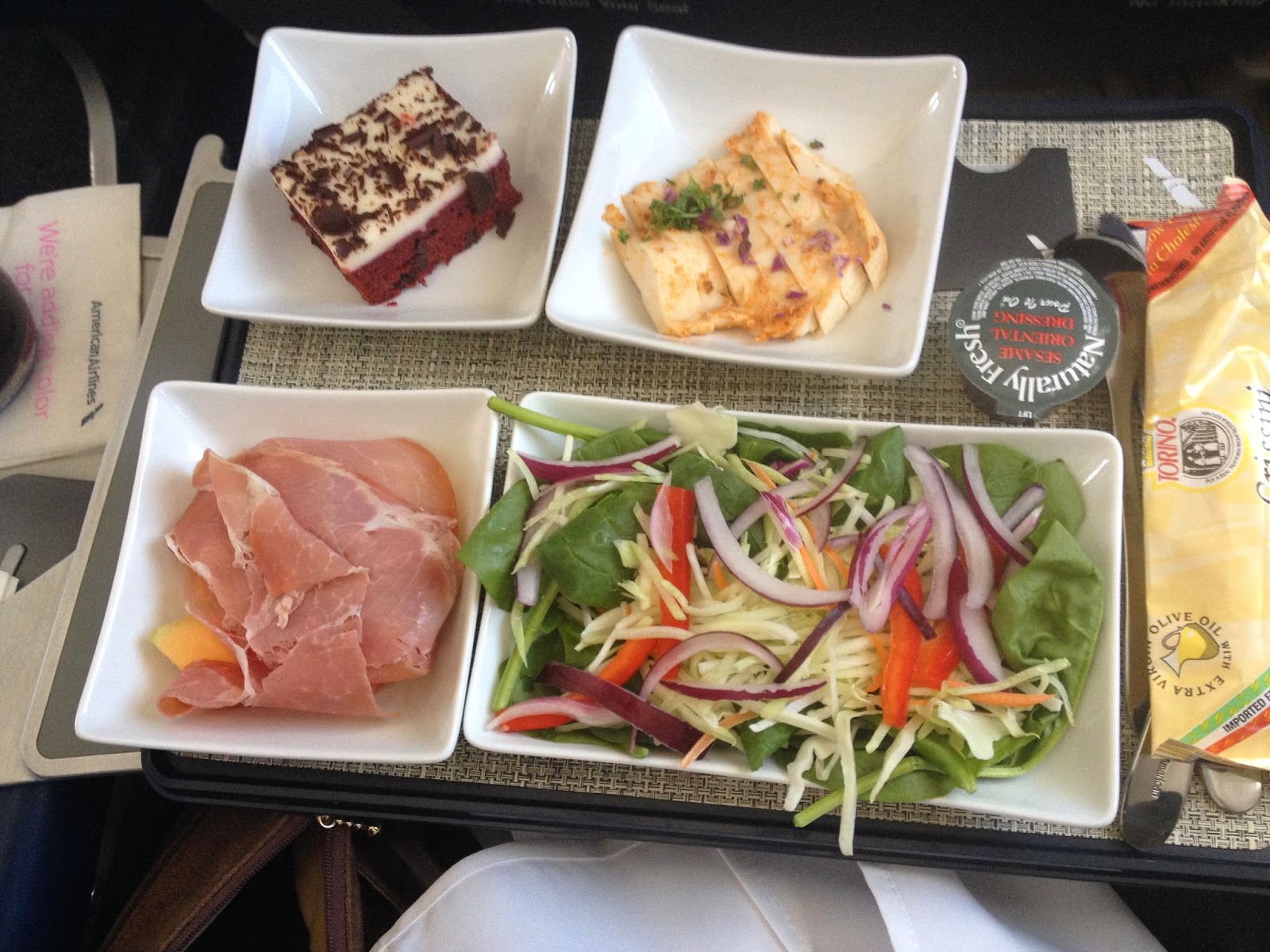 An airline meal!
I did not think they existed anymore.
But they do - in first class.
Hub and I were upgraded from cattle class to first class on the flight to New Orleans
(we returned home cattle class).

Pictured below is a sign I never encountered before,
(another unique travel first)
posted on the back of the taxi driver's seat. 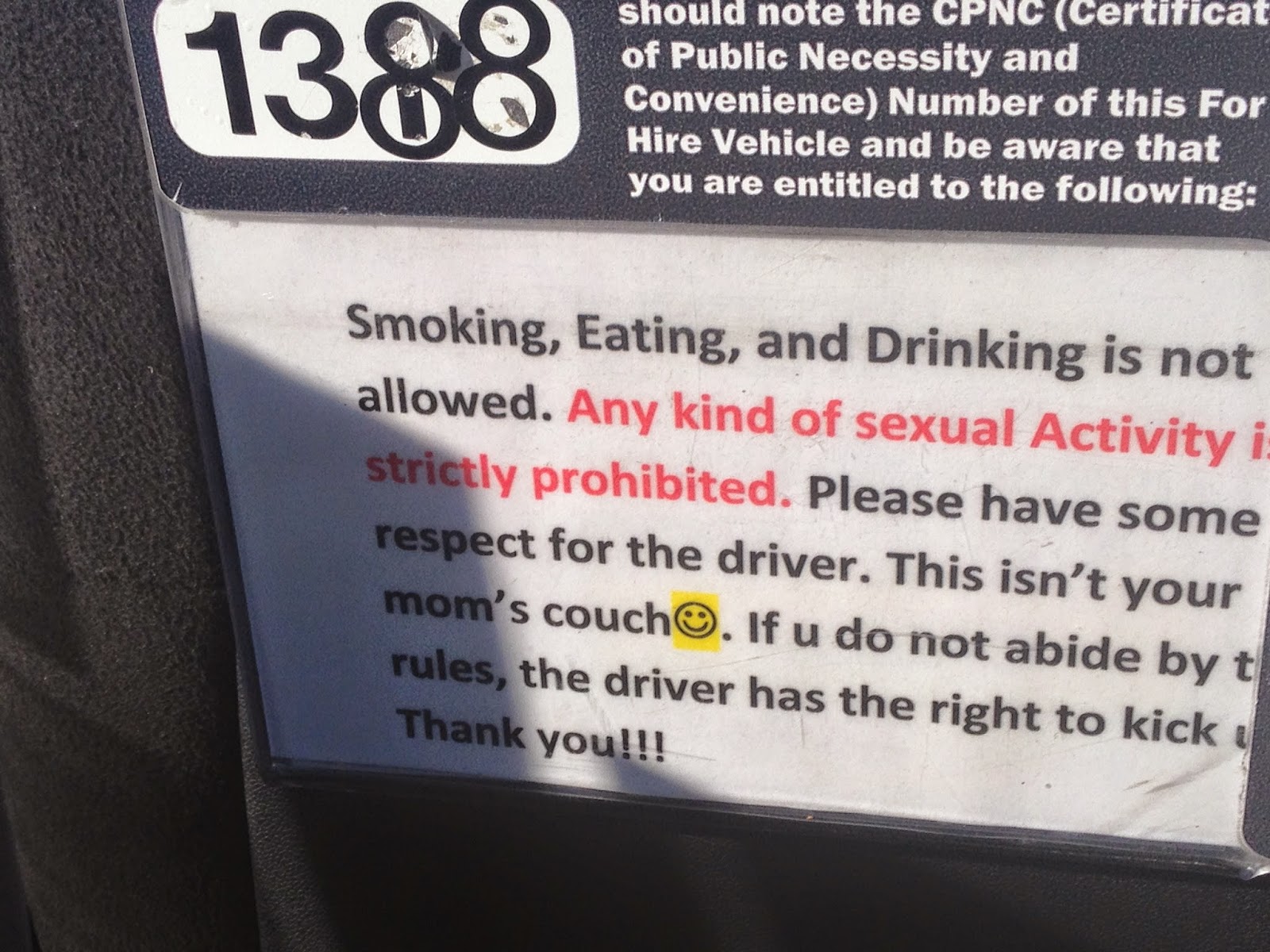 It is hard to read, so here is the important section:
"...Any kind of sexual Activity is strictly prohibited. Please have some respect for the driver. This isn't your mom's couch. If u do not abide by the rules, the driver has the right to kick u out.
Thank you!!!"
And welcome to New Orleans...

Halloween is big in New Orleans. Houses are elaborately decorated. 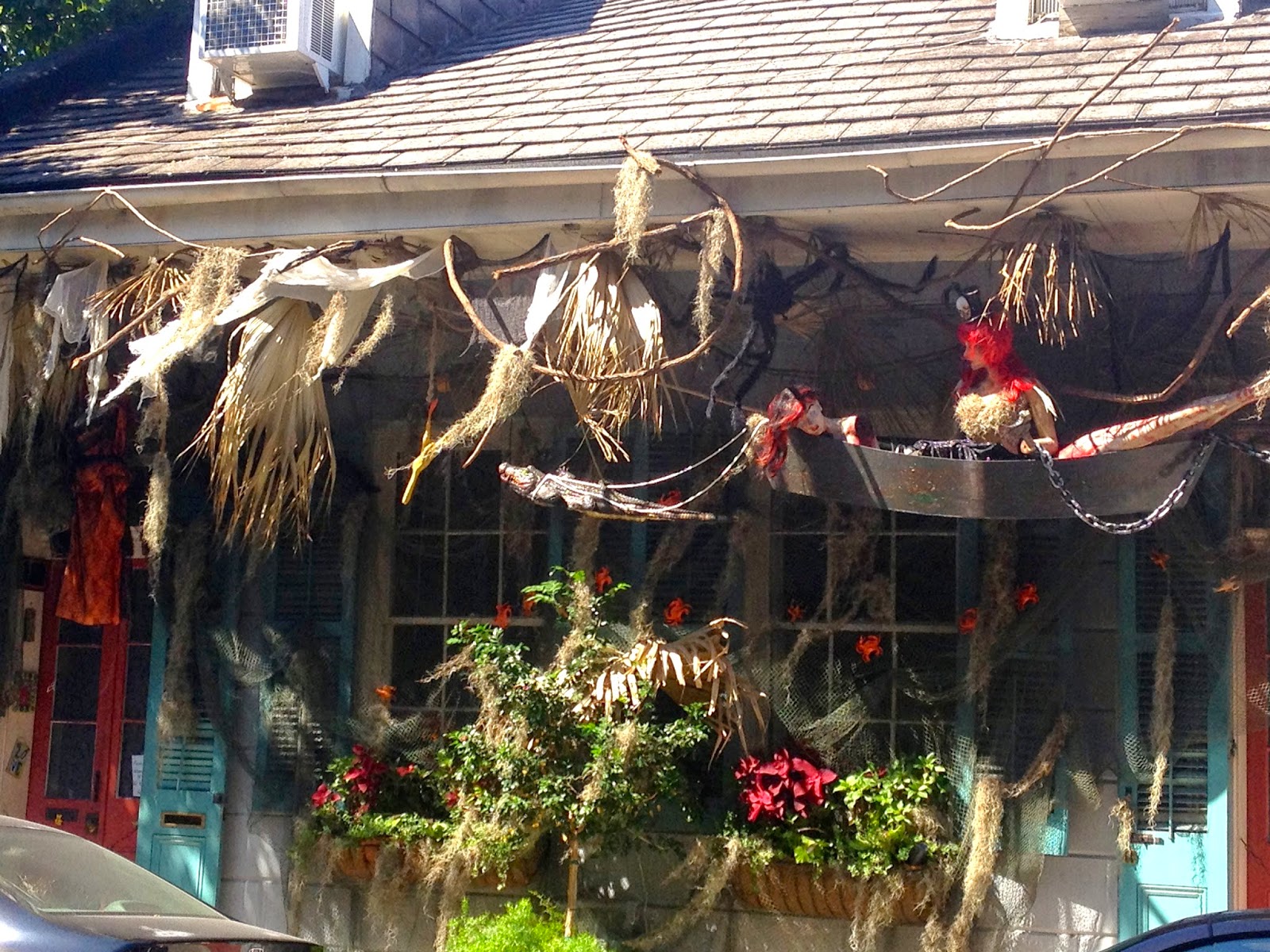 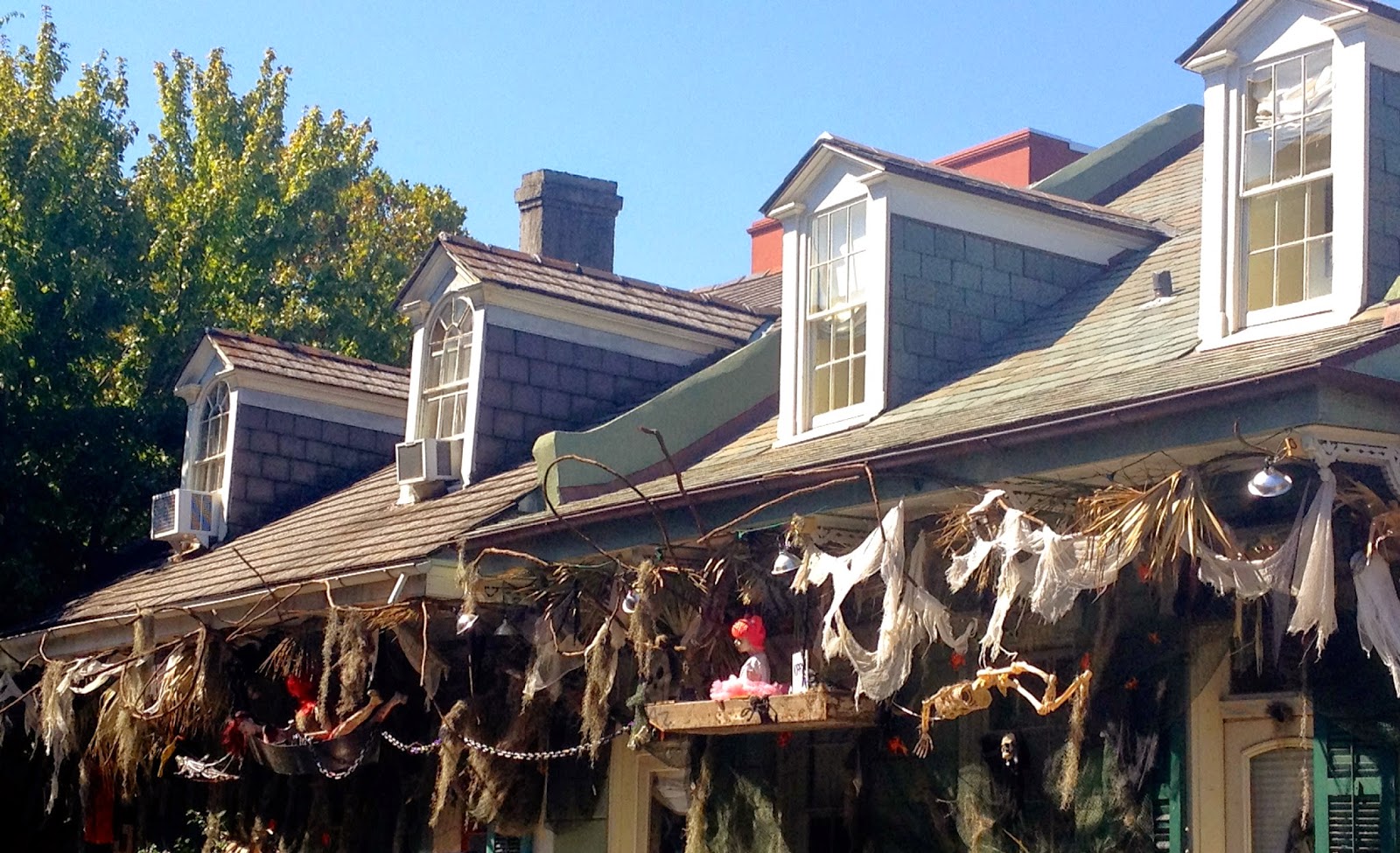 Sometimes decisions are difficult to make. Especially real estate decisions.
Here is the same apartment.
The interested party must decide whether to rent the place
haunted or not haunted.
The choice is yours... 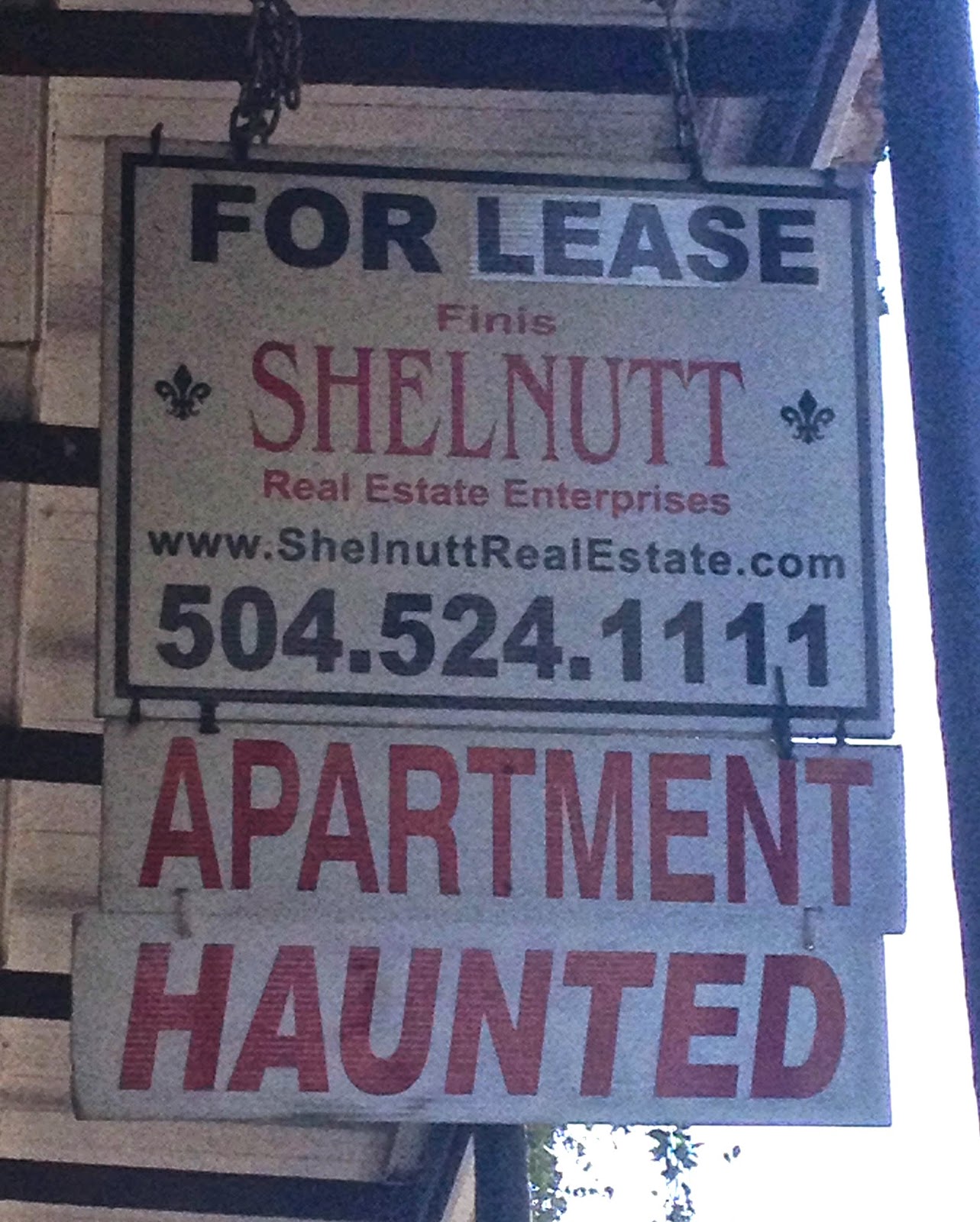 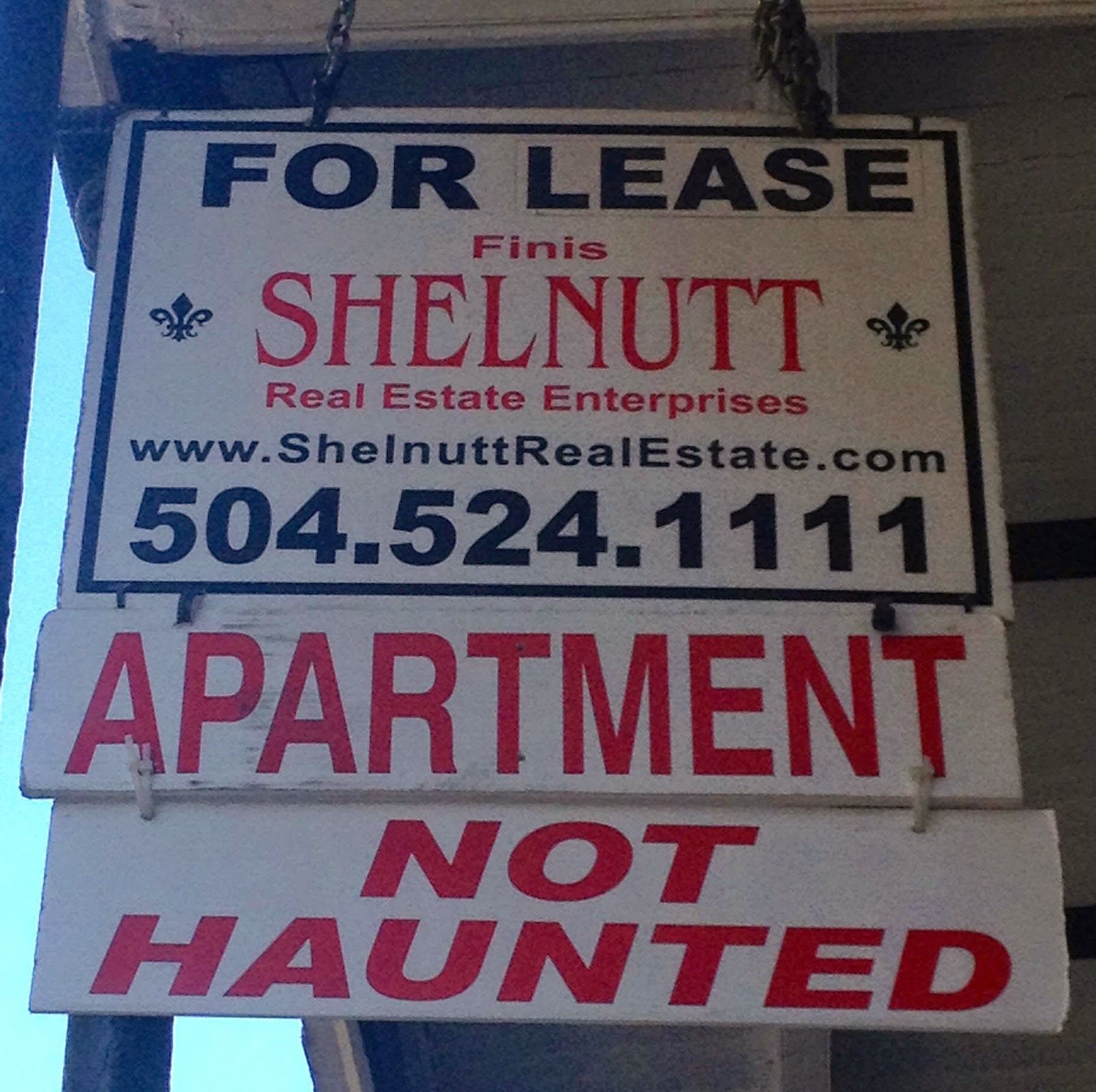 The finishing touch on your Halloween costume - 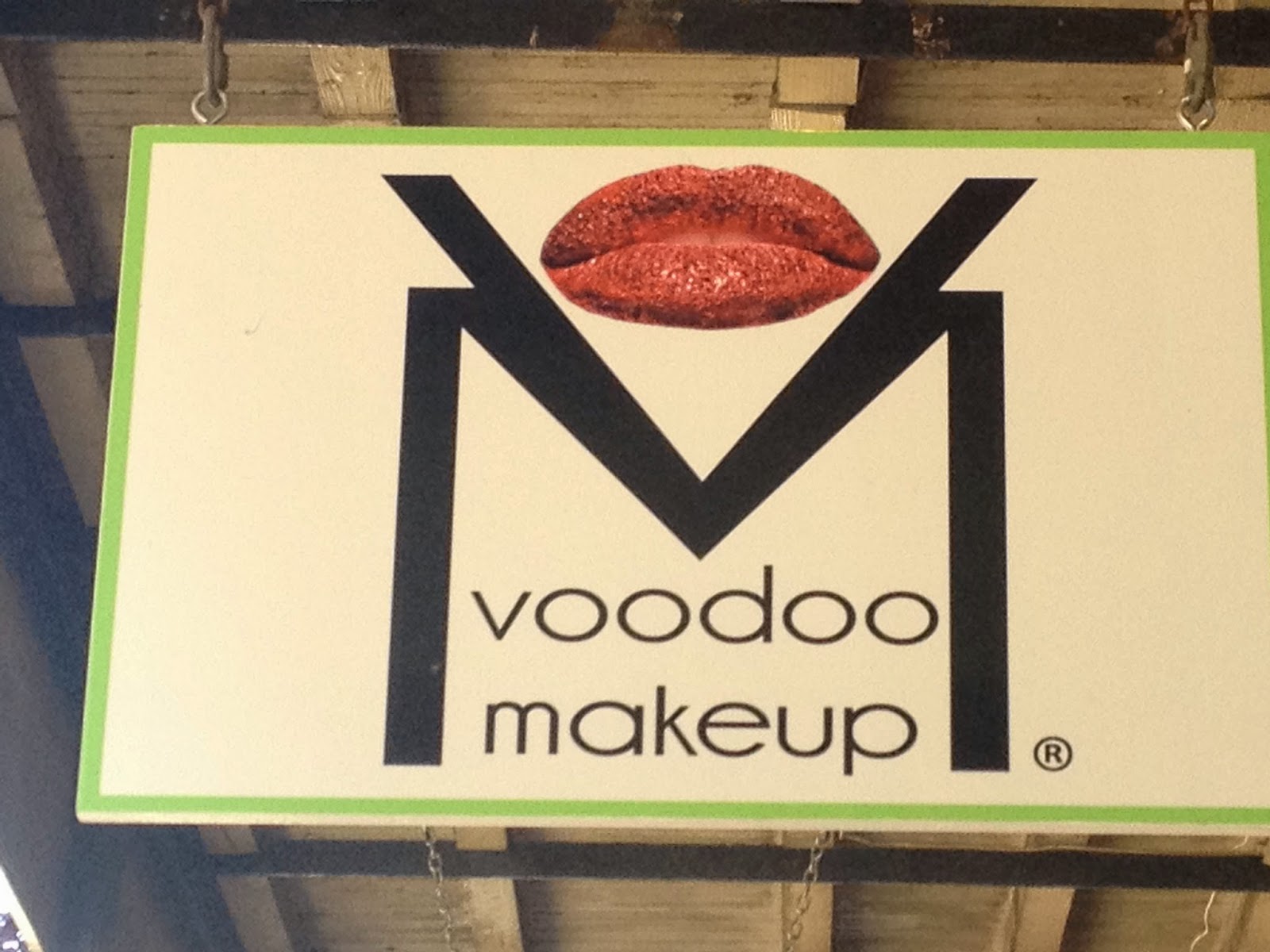 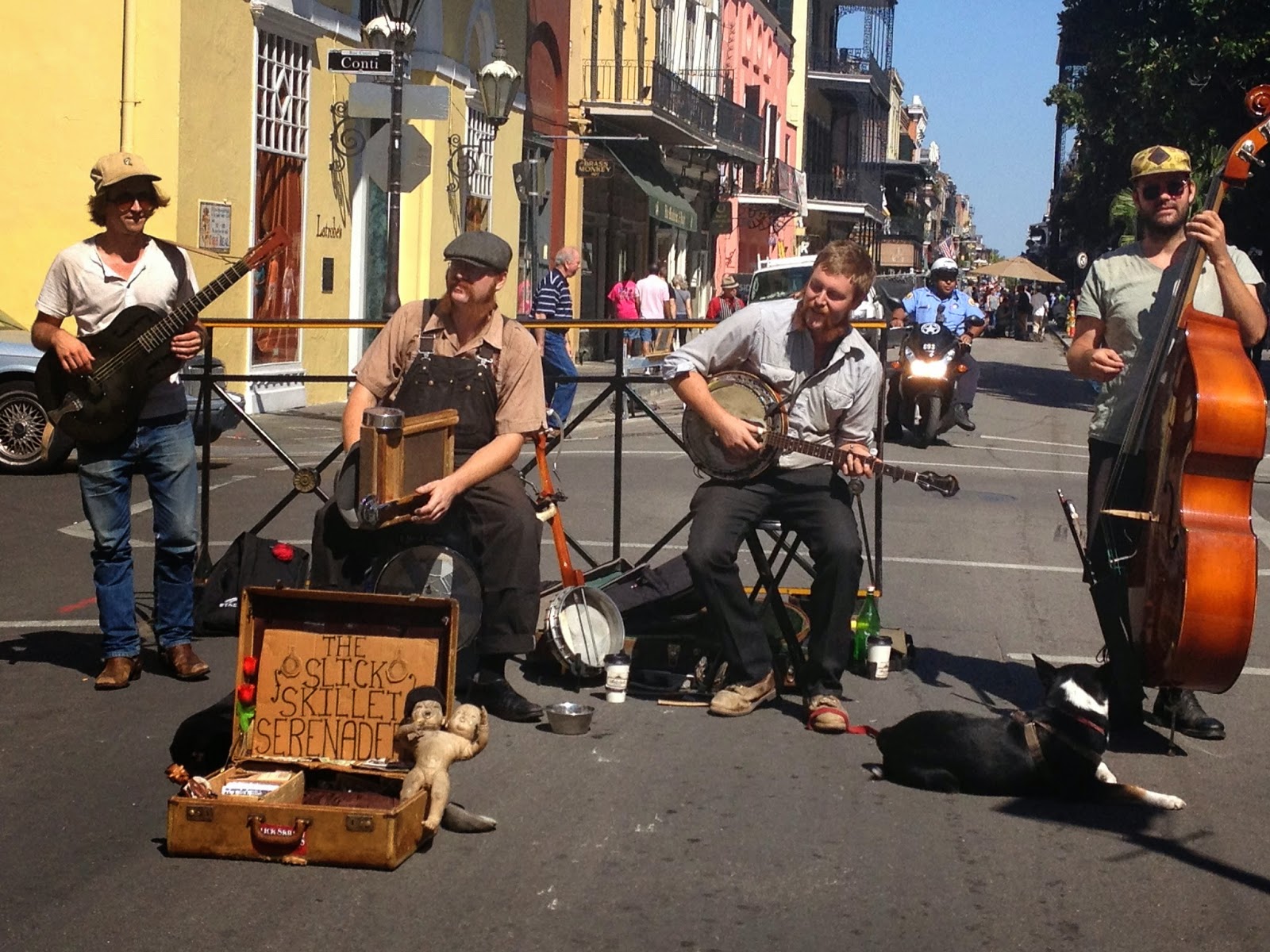 Street bands in the French Quarter.

I did more than take pictures.
I attended a cooking class, a kayaking trip along the bayous
and a bike tour around the city.
I spent two hours in a dentist's chair.
New Orleans is a wonderfully flat expanse,
so I spent a lot of time walking...and walking...and walking.
I bought a mask for Halloween.
And did I mention the food?
I ate a lot of food, most of it very good
Creole and Cajun dishes, the local cuisines.
(One breakfast burrito, barely consumable, wins the prize for worst food.
It ended up in the trash. Enjoyed an early lunch that day.)