Summer Fashion Everywhere But On Me

Summer fashions have not been kind to seniors for at least the past half century.

Looking at pictures of people enjoying summer in the nineteenth century, men and women are dressed, including at the beach or pool, river or local watering hole. Bathing suits were not skimpy or tight-fitting. Here is a Lord & Taylor ad for bathing suits circa 1879: 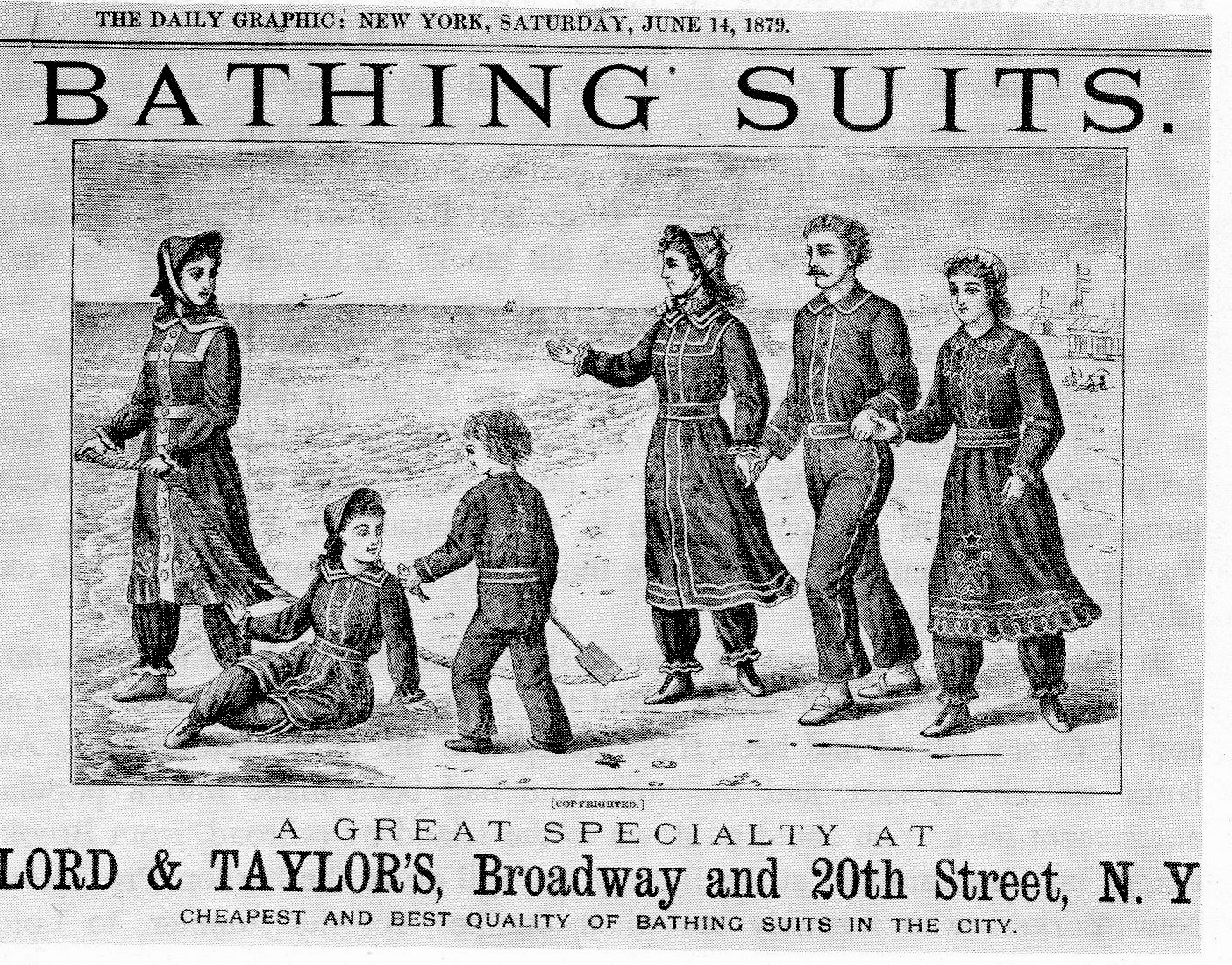 Skirt-type bathing suits lasted until after World War I. One-piece, figure-hugging tank suits became popular in the 1920s. They were not terribly revealing. 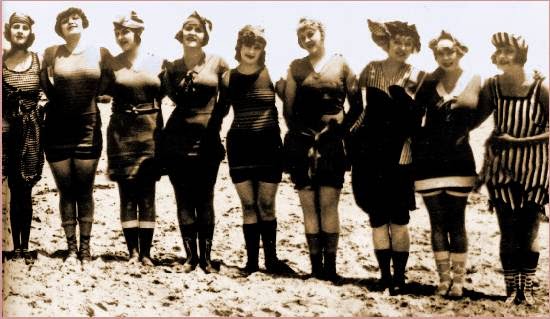 Updated, fashionable attire returned big-time to Europe and America following difficult years of self-denial and rationing during the Depression and World War II. A new age of consumerism, materialism, self-indulgence, and – for women – an emphasis on femininity ignited popular culture.

A variety of fashion fads swept the two continents.

And, from the point of view of this particular writer, they were not all flattering.

It all began four years before I was born.

On July 25, 1946, the bikini was unveiled at a Paris public pool. Worn by a show girl (no respectable model dared don the scanty outfit), the suit created a sensation. The rest, as the saying goes, is history…

It took a few years – more than a decade – to cross the pond and find favor with conservative American females.

Decades have come and gone. The bikini – named after Bikini Atoll, an island in the Pacific Ocean where the U.S. conducted nuclear tests – became a fashion fixture.

Except in my closet.

So here it is mid-summer. I own one one-piece bathing suit.

“How can you survive with one suit?” people ask.
“It is easy,” I answer, “when I rarely wear the thing.”

Bathing suits of any design are the worst invention of modern fashion history. They are uncomfortable, unflattering, do not provide enough boob support, and are difficult to divest when the need to pee strikes.

Another reason not to retire down South. Who wants to wear a bathing suit all the time…?

Maybe I should consider retiring North of my current New Jersey home. The further north, the shorter the summer season. Something to think about…

The introduction of the bikini in the U.S. was kick-started by the song
Itsy Bitsy Teeny Weeny Yellow Polka Dot Bikini.
The year – 1960,
written by Paul Vance and Lee Pockriss,
sung by Brian Hyland.
Enjoy this piece of ‘60s nostalgia!