COUNTDOWN TO THE PRESIDENTIAL ELECTION No. 6 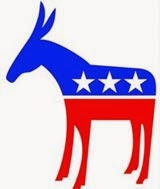 It has been several months since my last post in the on-going series, Countdown to the Presidential Election. The November 18, 2016, election is fast approaching – only 970 days away as of Friday, March 14, 2014. It is time for an update.

Hillary Clinton remains a viable, much-talked-about candidate, although she has yet to announce her intentions. In a recent poll 73% of Democrats and Democrat-leaning independents named Clinton their first choice. VP Joe Biden came in a distant second at 12%, and MA Senator Elizabeth Warren third with 8% of the votes.

Both Clinton and Biden have been in the political arena a long time. The public often gravitates to fresh faces, and less political baggage means the opposition finds fewer things to criticize.

Oh, Hillary, please tell us what your plans are! If running, good luck. If not, well, let the games begin!

A slew of Republicans gathered last week for their 40th right-wing gala, otherwise known as the CPAC convention (Conservative Political Action Conference). The gathering of like-minded conservatives was a great time to ask about their favorite Republican Presidential candidate. The results of the straw poll:

Dr. Ben Carson? I do not like to publicize my ignorance, but was unfamiliar with this dude, so researched the man. He is a renowned Johns Hopkins pediatric surgeon, author and public speaker.

Of the 250 speakers scheduled over the CPAC three day conference, 15 were black, 18 Latino, and 71 women (Carson is black).

Ted Cruz has yet to renounce his Canadian citizenship. I think if he does not get the Republican Presidential nomination he is considering crossing the border and running for Prime Minister of Canada.

In the spirit of full disclosure, I admit I would have trouble voting for any of the current potential Republican fools candidates. My favorite Republican on the list – if forced to answer the question - is my governor, Chris Christie.

Christie has been working hard on his image. He has made progress... 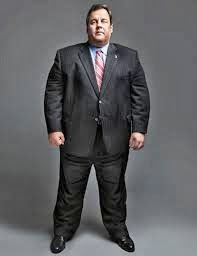 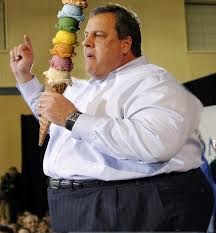 Christie walked arm in arm with President Obama, a scandalous occurrence to conservative Republicans but a blessing to Hurricane Sandy victims. But the Port Authority/George Washington Bridge traffic jam scandal tattered his reputation. His political personality as a partisan bully eager to reward or, if not destroy, damage opponents, was crudely revealed. His star plummeted, but the American public has a short memory. On the other hand conservatives never liked Christie. He is not conservative enough and hails from a blue-leaning purple state.

Don't Book Your Convention Hotel Yet...

So where will the candidate of the Republican’s choice be chosen? Eight cities are on the short list for the 2016 convention: Cincinnati, Cleveland, Columbus, Dallas, Denver, Kansas City, Las Vegas, and Phoenix.

Stay tuned for the announcement of the chosen site.

And the Democratic convention? No official list has been released. The DNC invited thirty cities to bid for the convention. Cities vying for the event include Philadelphia, Miami, Nashville, St. Louis, Phoenix, Cincinnati, Cleveland, and Columbus – others will bid for the honor before a final list is whittled down.

I know some of my readers are sitting on the edge of their chair, wanting to know what happened to politicians mentioned in previous posts.

Mayor Bob Filner of San Diego resigned in August, 2013, a result of sexual harassment charges brought by three women who previously worked for him. Filner received three months house probation, three years probation, and partial loss of his mayoral pension. He announced his engagement was off (it would have been his third marriage – two prior marriages ended in divorce). His ex-fiancee cited verbal abuse and sexting as reasons for the breakup.

Liz Cheney bowed out of the Wyoming Senatorial race. Apparently visiting the state occasionally was not enough to win the good graces and votes of the state’s Republicans. There was wide resentment of her primary challenge of a well-respected Republican Senator. In addition her comments in opposition to gay marriage provoked a lot of publicity and did not play well within her own family. I wonder if her sister still speaks to her?

I would discuss the shenanigans of Toronto Mayor Rob Ford, but I am limiting comments to American politicians.

That wraps it up until the next major political announcement or scandal or madcap development splashes across our TVs, smart phones and computer screens…
Posted by Meryl Baer at 3/14/2014 06:00:00 AM