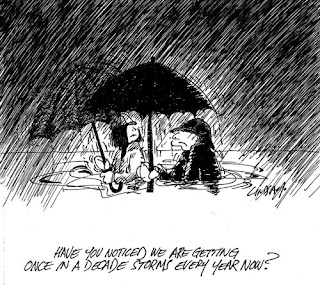 Our involvement the past couple of weeks with Sandy and a nor’easter dredged up memories of past calamitous and momentous events. One I experienced and remember well was what has come to be known as the Great Northeast Blackout.

My family lived in one of the numerous suburbs on Long Island, NY, that sprang up following World War II. My parents bought their 1,200 square foot ranch house in 1952. Dad worked in Manhattan and commuted by train. He walked in the door every night at 6:20 p.m. and we – me, my sister, Mom and Dad - all ate dinner together.

Mom worked intermittently during the 50s and early 60s and then returned to school, earning a Masters in Library Science. She was an elementary school librarian until retirement. I do not remember exactly where her career path was in 1965. I think she was still in school and may also have been substitute teaching, which she did before getting a full-time position.

What I do remember about that day is that after school my sister and I were home. Mom was not. For some now forgotten reason she was coming home late and our task was to make dinner. I remember we made lasagna, one of the few things we could actually cook.

The lights went out at 5:15 p.m. I do not remember the specific moment, but officially that is when the Northeast went dark. We had no idea what happened at the time except that the power went out.

But we had a gas stove and oven. All was not lost. Our family enjoyed a hot meal, unlike millions of others throughout the region that night. We ate dinner by candlelight.

According to Wikipedia over 30 million people lost power anywhere from a couple of hours to 13 hours.  The cause of the blackout was determined to be human error in a power station in upstate New York. The weather was cold that evening, and everyone turned on their heat, their lights and their ovens, taxing the electrical system. Because of the error days earlier, the electrical grid system crashed in New York and the collapse spread throughout the system.

Lessons were learned and precautions taken to prevent a similar event in the future. Since then, however, other events natural and manmade triggered problems hampering, at least temporarily, our life and lifestyle.

I guess that is what life is all about. We face difficulties, attempt to overcome them and go forward. Perhaps because of the bad times we appreciate not only the good times more, but normal, everyday aspects of life too. 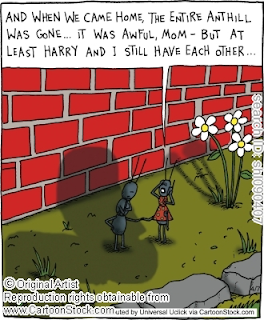