Everything is Relative, Including Corruption

We used to live in the great state of Pennsylvania, about 50 miles west of Philadelphia, in Lancaster, which most people know as Amish country. A couple of years ago we moved to a New Jersey shore community. At the time the news headlines – not only in New Jersey, but in PA and a lot of other places around the country - were all about the arrest of three mayors, two assemblymen and five rabbis, among 44 upstanding New Jersey citizens ensnared in a corruption scandal; specifically money-laundering.

This weekend a news story announced that New Jersey was the least corruptible state in our country. Who knew? 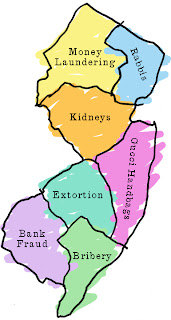 The results were from a study conducted by a Washington, D.C.-based non-profit organization, the Center for Public Integrity. I am sure they did their homework. What bothers me, interests me, confounds and amazes me, is that if New Jersey is the best, how bad are all the others?

New Jersey earned the highest grade, a B+ and 87 score. No A’s among the 50 states. The other states rounding out the top five were Connecticut, Washington, California, and Nebraska, all receiving B’s or B minuses. A varied lot they are.

The 50th state, the worst of the lot, the bottom of the pile? – Georgia, with a grade of F and score of 49. Other F states include Maine, Virginia, South Carolina, Michigan, South Dakota, and Wyoming. These states probably work at being at the bottom of the corruption pyramid. Or to put it another way, they do not work very hard at clawing their way to the top of the ethical, honest heap.

Why did New Jersey come out on top? Apparently an important criterion was not the amount or types of corruption, but the remedies for the maladies. Current Governor Chris Christie, as state’s attorney general for seven years, won corruption cases against more than 100 public officials. 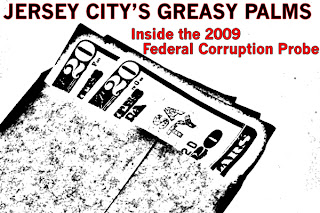 But my guess is even ex-Attorney General and current Governor General Christie cannot entirely erase Jersey’s infamous past. Jersey’s notorious saga of corruption is portrayed (forever) in the movie On the Waterfront and the HBO series The Sopranos.

And then there is HBO’s recent series Boardwalk Empire, which is not all about Atlantic City’s squeaky clean public officials and private businessmen. The history of Atlantic City can be represented by a long list of corrupt and/or inept mayors and other public officials. Google “New Jersey corruption” and you get 27,100,000 results, the first of which is, “the latest news on political corruption and arrests in NJ” on the corruption page of nj.com: http://www.nj.com/corruption/

Want to know your state’s grade on the corruption scale? Check out the Center for Public Integrity’s map and results here (for grade score) and here (for numerical score, grade and ranking). 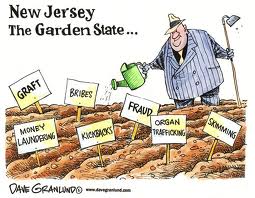 Meanwhile the weather is beautiful, the skies bright blue, not a cloud anywhere, the flowers are blooming and the weeds are starting to proliferate. Gardening time soon!
Posted by Meryl Baer at 3/19/2012 03:02:00 PM